If you fall into the 18 percent of companies that Forrester Research Inc. has identified as not having yet migrated from Windows XP, read on. Stop your inertia. It’s not too late. Here are six good reasons, identified by Sumir Karaya, CEO of 1E, to migrate your operating system now. Click through for six reasons to migrate your OS now, as identified by Sumir Karayi, CEO of 1E. 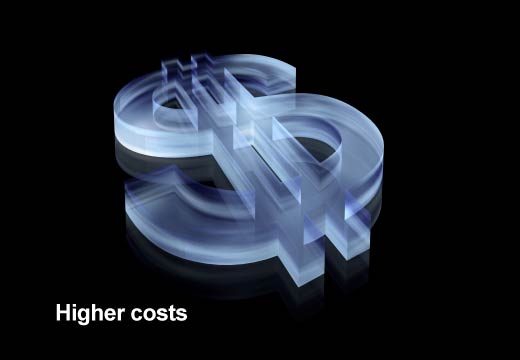 Eye-wateringly high costs of custom Windows XP support from Microsoft, April 2014 onwards. Depending on the size of your estate, this could cost you anywhere from $200K for a smaller estate (of 25K PCs) to more than $2m for 100K PCs or more in just a year, and these costs will more than double over two years. Application compatibility. New versions of many business applications are no longer compatible with Windows XP. True, you may have custom-developed software, however, it’s no longer a compelling reason to not migrate your PC estate to the new OS, as you can run legacy applications within Windows 7 in a Windows XP mode. In fact, an OS migration is an ideal opportunity to rationalize all your applications. You may find you have been paying for software that is no longer used and can be reclaimed. Hardware device drivers have stopped supporting Windows XP. It’s not just the expiry of extended Windows XP support that companies need to worry about. Many new applications, such as Microsoft Office 2013, will not run on XP; it is also becoming common practice for independent software vendors to no longer support new versions of their applications on Windows XP. Those already headed off into the sunset include many printer drivers, which stopped supporting XP at the end of last year, and the likes of Intel and Dell, who ended Windows XP support a few months ago. Security vulnerabilities. After April 8, 2014, there won’t be any assisted support options or online technical content updates. And, with no more support – which includes security fixes, non-security hotfixes, patches and updates – you’ll be exposing your systems to risk from attack. In a blog on Microsoft’s technet website, Tim Rains highlights the vulnerabilities and the disadvantages of not migrating, and how from April next year, Windows XP will have a ‘zero day’ vulnerability forever. Updating IT skills. Continuing to run on Windows XP not only has a detrimental effect on your users’ productivity. It also has a negative effect on your IT staff, who really don’t want to be working on, and propping up, an aging operating system when the rest of the world is moving so fast with other platforms, devices and the cloud.