As the number of mission-critical applications being deployed by midmarket IT organizations continues to rapidly expand, the cost of downtime associated with those applications is becoming more acute.

Midmarket organizations are more dependent on enterprise applications than ever, so when one of them goes down the actual impact to the business can be much harder to absorb than a larger company with multiple streams of revenue. Despite that issue, many of those same organizations are running those applications on x86 infrastructure that is prone to failure. 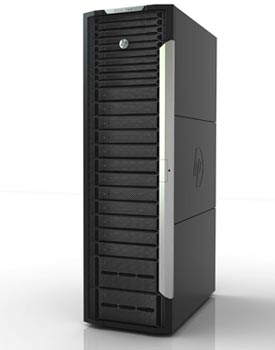 To help address that issue, Hewlett-Packard today rolled out an HP Integrity NonStop NS2100 server that is based on the Intel Itanium Processor 9300 series.

Priced starting at $75,000, Randy Meyer, director of product management for strategy and technology in Hewlett-Packard’s NonStop Enterprise Division, says HP is looking to expand the appeal of its Itanium platform by making its NonStop servers more affordable to midmarket IT organizations. The core appeal of HP NonStop servers, says Meyer, is that they provide database redundancy and parallelism in a way that is transparent to the application. Developers don’t have to master any unique programming models to build highly scalable, fault-tolerant applications, says Meyer.

The Itanium processor has been at the center of a lawsuit between HP and Oracle, which has said it doesn’t want to support the Itanium processor because Intel is essentially killing off the platform. HP and Intel vigorously deny this and HP recently won a lawsuit against Oracle that could result in HP collecting massive payments in damages from Oracle.

Meyer says that not only is the market expanding for the Itanium platform in traditional markets, the rise of machine-to-machine (M2M) applications in the midmarket space is creating new opportunities for the platform. The biggest issue that HP has with the platform, says Meyer, is a certain amount of inertia when it comes to migrating applications off of mainframes and a tendency for IT organizations to want to build x86 systems on clusters running Linux that don’t include any fault tolerance capabilities.

But as IT organizations begin to look more towards platforms that can dynamically scale out to meet constantly evolving application performance requirements, Meyer says IT organizations are increasingly coming to appreciate the value of a comparatively low-cost IT platform that can scale a single database image across a 4,000-node cluster.

Whether HP will be successful in the midmarket with NonStop servers remains to be seen. But what is certain is that nature of application workloads in the midmarket is fundamentally changing, which in turn is driving new requirements in the IT infrastructure needed to support them.