In December, some of Silicon Valley’s billionaires engaged in a heated debate on Twitter about Web3. Elon Musk tweeted: “Has anyone seen web3? I can’t find it.” Jack Dorsey, the CEO of Block and cofounder of Twitter, responded: “It’s somewhere between a and z.” This was a not-so-veiled swipe at venture capital giant Andreessen Horowitz, which is also referred to as a16z. Marc Andreessen then blocked Dorsey from his Twitter account.

This infighting should not be surprising. Silicon Valley egos can be outsized. But venture capitalists (VCs) and entrepreneurs also do not want to miss out on the next mega trend.

So why the interest in Web3? And what is it really? While details are still a bit hazy, the main vision of Web3 is a decentralized internet, which is built on a foundation of blockchain and crypto.

While the initial applications are for gaming and finance, this is likely just a start, with interesting opportunities in the future for enterprises.

Also read: What is the Metaverse and How Do Enterprises Stand to Benefit?

What Got Us Here

Even though the origins of the internet go back to the late 1960s, it was not until the 1980s that there was Web1. It was actually about a decentralized approach to building the digital ecosystem. This was made possible with open protocols like HTTP, TCP SMTP, and so on. The result was explosive innovation, which brought us e-commerce, search, portals, and online communities.

But after the dot-com bust in 2000, there was a transition to Web2. It focused on developing more proprietary and closed protocols. The biggest beneficiaries of this were megatech operators like Google, Apple, Facebook, and Amazon. They had enormous power and troves of valuable user data.

By 2021, the online world was looking to Web3. Users would be able to control and monetize their data, which would come through crypto tokens and the use of Ethereum blockchains. There was a new management approach to these systems called decentralized autonomous organizations (DAOs). Decisions would not be based on a CEO like Mark Zuckerberg. Instead, the community would vote on various matters and the decisions would be implemented in smart contracts.

A notable use case of Web3 is the NFT (non-fungible token) market. This allows for someone to get a one-of-a-kind ownership in blockchain technology, which can be represented as art, music, or even tweets. For example, in March 2021, digital artist Beeple sold a JPG file for $69.3 million at a Christie’s auction.

Also read: UX/UI: Trends to Watch and Mistakes to Avoid

The Enterprise and Infrastructure Software

When Web1 emerged, some of the early breakout companies were the developers of tools, browsers, and infrastructure. And yes, Web3 will likely be no different. The toolsets are fairly immature, and the protocols are complex and difficult to use. There are also nagging issues with security and scalability.

However, success will require a different mindset for developers.

“You will need to think about data ownership, security, accountability, and traceability,” said Amol Ajgaonkar, the CTO of intelligent edge at Insight Enterprises. “You will also need to consider decentralizing the application modules based on how data is acquired, stored, and understood and how to build a common understanding of datasets that can be transferred to other applications in order to build a holistic view of the business.”

This means there will be lots of opportunities to build frameworks and software that can work with all types of applications, whether in the cloud, data center, or edge. What’s more, the traditional open source models will start to evolve. Because of the crypto tokens, it will be possible for developers to better monetize their efforts.

Keep in mind that there has already been progress with the development of new infrastructure systems for Web3.

“Networks like Akash, Aweweave, and Livepeer offer Decentralized Web Services, such as compute, storage, and file stream at a fraction of the cost compared to traditional cloud services,” said Greg Osuri, the CEO of Akash Network. “This is a way for enterprises to take advantage of Web3.”

In terms of the potential applications, they are vast and could disrupt many parts of the internet. After all, many of the dominant players—like Amazon, Expedia, PayPal—have been around for more than 20 years. They all have infrastructures and business models that would be challenging to transition.

Just like Web1 transformed the types of applications—going from client Windows software to distributed approaches—the same is likely to be the case with Web3.

“An example of a Web3 application is an AI personal finance advisor to whom you can trust and provide information about all your assets,” said Zenyk Matchyshyn, the chief architect of digital enterprise at Capgemini Engineering. “If there is no way for it to lose the data—because the system was designed in such a way—that creates trust and reliability.

“Focusing on Web3 will provide strong differentiation by adapting to the new realities of the modern world.”

The Future of Web3

Web3 is still in the nascent stages. But some of the world’s top venture capital firms, like Sequoia Capital and Andreessen Horowitz, consider it a high priority. Note that Sequoia Capital believes it to be “one of the most important platform shifts of our time.”

If this is true, then it’s probably a good idea to get serious about this technology—and sooner than later. 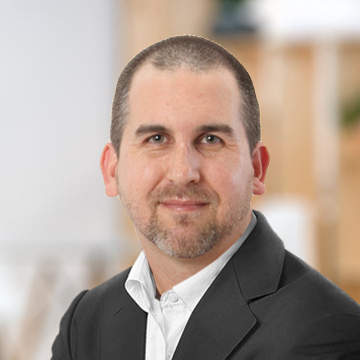