If retailers have their way, 2015 really will be the Internet of Things (IoT). A recent survey found that an incredible 96 percent of retail decision makers are ready to make the changes required to adopt IoT technology.

Can you think of any other thing where 96 percent agreed? I can’t.

These results are from a solid survey, too. Forrester Consulting queried nearly 600 global firms in November across different verticals and industries, speaking with both IT and business decisions makers. Zebra Technologies, which sells RFID technology, among other things, commissioned the Forrester report and made it publicly available.

Overall, the study found that more than 80 percent of firms from a variety of sectors — including health care, government, manufacturing and oil/gas — agreed that IoT solutions will be the most strategic technology initiatives for their organizations in a decade.

So what makes retailers more gung-ho than others? It may be that 67 percent of them have already implemented the IoT, according to a press release issued this week. Another 26 percent plan to deploy initiatives within a year. By comparison, 65 percent of all companies are doing one or the other.

Retailers also have a pretty clear vision of what they need for IoT, with real-time locating systems, mobile computing and barcoding listed as the most important enabling technologies.

As I wrote in a previous blog, data is a huge question mark when it comes to the IoT. Primarily, that’s because there are a lot of unresolved questions around consumer-focused devices, including questions of data ownership and interoperability.

Global organizations have more control over these issues. They don’t have the same questions about data ownership, although governance may still be an issue. Also, there’s already some level of standardization when you look at IoT tools such as RFID tags, and businesses can choose to standardize on sensors. 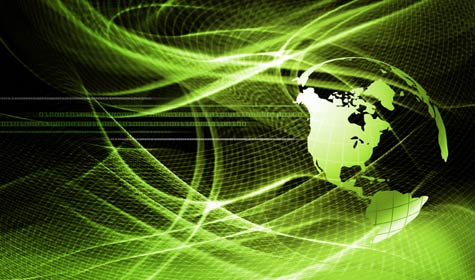 So guess what organizations do worry about when it comes to IoT projects? If you said “integration challenges,” give yourself a gold star. Fifty-six percent said this was the top barrier to IoT implementations, with 47 percent citing security and privacy as the top concern. Total cost concerns ranked equally high.

The survey also asked organizations which type of partners they thought would be most helpful in implementing the IoT. I wasn’t sure what to expect here, since this is still such a young market. IT infrastructure providers topped the list, followed by device manufacturers and security solution providers.

I’d be curious to know how that changes when you look more specifically at manufacturing, raw materials and supply chains. Enterprise IT and operations/B2B technology tend to have different heritages and vendors. Generally, B2B organizations tend to talk more about the Industrial Internet, which combines IoT technologies such as sensors with mobile devices, RFID and other solutions designed for supply chains.

The vendors also tend to be different than you see in the consumer and enterprise space. For instance, GE opened up its Predix software platform last year for licensing, and has spent more than $1 billion to launch a global Industrial Internet software center in California.

I don’t think GE is worried about recouping that from refrigerators. The company estimates that the Industrial Internet will be a $200 billion global industry over the next three years. The company is well placed to own a chunk of that: If you’re curious about how, check out this GE Reports blog post. Obviously, it’s promoting the company’s solutions, but it’s a great read for understanding the breadth and depth of the IoT’s impact.