Given the way applications need to dynamically scale, load balancers have become a standard component of most IT environments. But when a developer initially builds their application, they often don’t have access to the load balancing hardware that most IT organizations rely on in production environments, which makes it difficult to know for sure how that application will work when put through any kind of real stress.

To address that problem, developers have increasingly made use of open source load balancing software from NGINX, especially on public clouds where deploying virtual or physical load balancer appliances is problematic for a developer. This week NGINX released an update to its load balancing software based on new algorithms that makes NGINX Plus Release 6 smarter about how resources in a data center environment are consumed. It is also making unlimited developer licenses available to any customer who pays to deploy the commercially supported version of NGINX load balancing software.

NGINX CEO Gus Robertson says that while developers these days typically create their applications on public clouds, those applications often wind up being deployed on either a different cloud or on premises when they are moved into production. 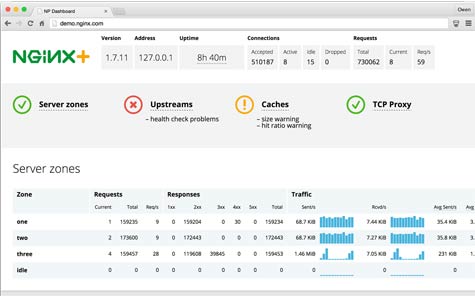 While NGINX has gained a strong following among developers who regularly download the open source version of its load balancing software, Robertson says the next big challenge is to convince IT operations teams to deploy the commercially supported version of NGINX when those applications move into production.

To that end, Robertson says that as software NGINX Plus Release 6 can be deployed faster than hardware while still providing all the load balancing capabilities that IT organizations need to optimize their data center environments.