How to Launch a Successful API

One of the major challenges with building software is that it’s often a hit or miss proposition. There is generally a set of requirements that everybody has agreed to, but when the final project is delivered, not everybody is particularly happy with the outcome. The result is that weeks, sometimes even months of code rewriting goes on until something deemed useful emerges by trial and error.

To take the pain and agony out of the software development process, iRise created a desktop application through which developers can simulate how an application will ultimately function. This week iRise announced that capability can now be accessed as a cloud service.

Emmet Keeffe III, iRise CEO, says most application development projects run afoul because the user interface winds up being something that the business people who commissioned the project find objectionable. Rather than hardcoding the user interface during the development of the actual business logic that runs the application, iRise 10 allows developers to simulate how the application will behave before any coding is actually done.

Making iRise 10 available in the cloud, says Keeffe, makes it simpler to share that capability across a broader geographical area. iRise also provides an open application programing interface (API) and can be integrated with most major application lifecycle management (ALM) platforms, says Keeffe. 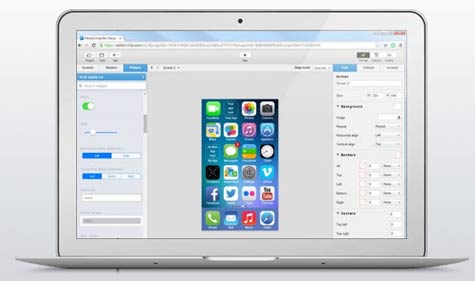 iRise 10 also provides shared libraries through which developers can quickly assemble screens using pre­built templates and UI elements that are customizable. It also includes support for multi-touch gestures and new mobile devices, including iPhone 6 and iPhone 6 Plus. Developers can also make use of iRise Studio running on the desktop to add more complex behaviors, business logic and data operations.