Ten Cool Companies That Are Monetizing IoT and How You Can Too!

My preschool son has suddenly become captivated by volcanoes. Honestly, I’m not even sure how he found out about volcanoes, but he does seem to have a natural affinity for destruction and chaos.

During yet another volcano documentary, I learned that Harvard researchers are testing a new monitoring approach that uses wireless sensors placed in streams near volcanoes. The hypothesis is that any upswing in temperature will correlate to increased volcanic activity.

It’s the Internet of Things (IoT), in small, of course — a wireless sensor forming nodes in a wireless array, which sends data to a nearby base station. It’s called Lance, and the wireless network can send more data quicker than a similar approach that relies on radio bandwidth.

That IoT will peak this year is the prediction of Gartner’s recent hype cycle— a situation that makes me wonder whether this type of niche use will wind up representing the IoT more than wireless refrigerators or even smart factory devices.

It’s hard to know whether this is the beginning or the peak for the IoT. What is clear, however, is that organizations still have a long way to go before they’re really ready to leverage IoT technology.

By contract, IDC predicts that we’re just beginning with the IoT. The research firm contends that the IoT is leading the “third platform.” That’s where billions of users and devices, with millions of apps, combine with Big Data, mobile and social technologies to make a distinct platform.

This third platform builds significantly from the second platform (LAN/Internet, client/server and PC architecture, but with millions of users and tens of thousands of apps), which in turn is broader than the first platform (mainframes and minicomputers with apps and users on a smaller scale).

But it will take until 2020 for one-third of all business to take place on this third platform, IDC predicts. What’s more, according to Paul Maritz, CEO of Pivotal Software, it will require a “triangle of data, analytics and applications” to effectively process all that data in real time. 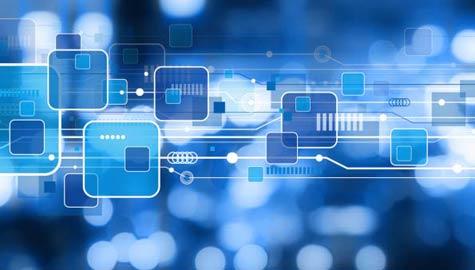 Hausenblas argues that the first step will be establishing common requirements for an IoT data processing platform. He outlines four:

So, while we may be maxed out over IoT hype, there’s still a lot of work to be done — both by organizations and vendors — before the IoT can ever reach the plateau of productivity.