While no official date has been announced for the launch of Microsoft's Windows 8 operating system (OS), hardware running on it is widely expected to debut before the holiday season in 2012. In the run-up to the release of Windows 8 next year, the Redmond-based software giant has already started generating buzz for Microsoft's next OS by outlining various capabilities and design rationale on the official Building Windows 8 blog. So what are some of the top Windows 8 features that businesses will benefit from? 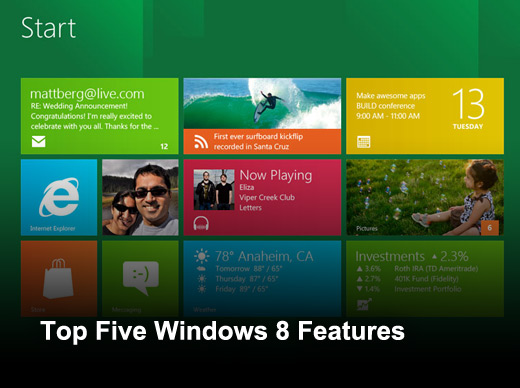 Click through for five features from Windows 8 that businesses will benefit from. 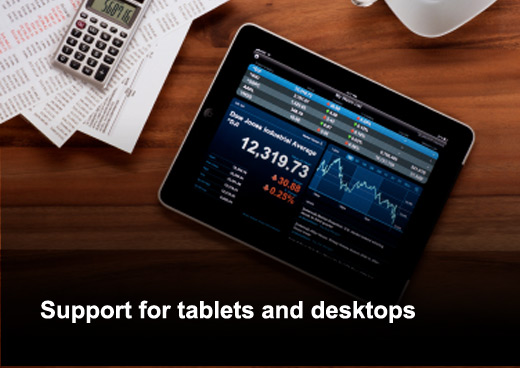 Windows 8 will also incorporate both a Metro style interface that's optimized for touch screens (think tablets) and a classic desktop interface. Users will be able to select their preferred interface to match their needs; desktop mode is ideal for tasks that require the mouse, for example. Those who prefer working exclusively in Metro may do so too, which will see Apps taking up the entire screen without minimize or maximize buttons. When in that mode, Steven Sinofsky, Windows and Windows Live division president, wrote in a blog that: "Essentially, you can think of the Windows desktop as another App." 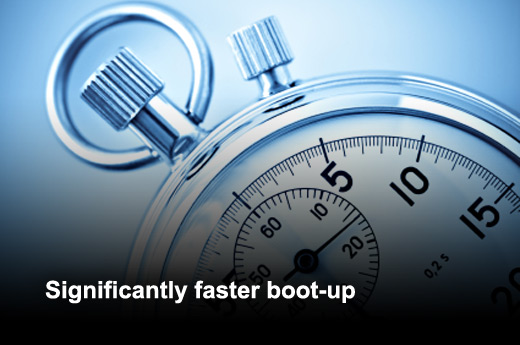 Businesses will be glad to learn that Windows 8 has been architected for a significantly faster boot-up time. As evidenced from the video embedded at the bottom of this blog, a lighting-fast boot-up from SSDs using current hardware is already a reality with the current development version of Windows 8. From the demonstration, I estimated it took just 8 seconds from the pressing of the power button to the desktop interface being loaded — something not possible with Windows 7 today. Though Paul personally rely exclusively on sleep mode these days on my laptop, it is easy to see how an 8-second boot-up can be useful when applying patches, software updates or other tasks that require a system restart. 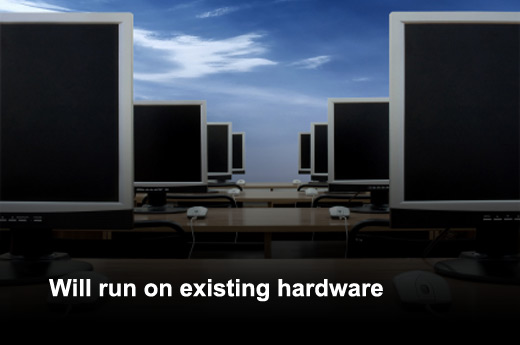 One very welcome piece of news was when Microsoft promised how Windows 8 will run on existing hardware. This means that businesses should be able to use their "Windows 7-era hardware" with Windows 8 without having to sign off on new purchase orders, or upgrade components in the PCs. The main reason appears to be a slew of techniques to increase memory efficiency in Windows 8. Indeed, Microsoft is so confident based on its tests with older machines that it even asserted: "We also expect that many machines that predate the Windows 7 release will run Windows 8." 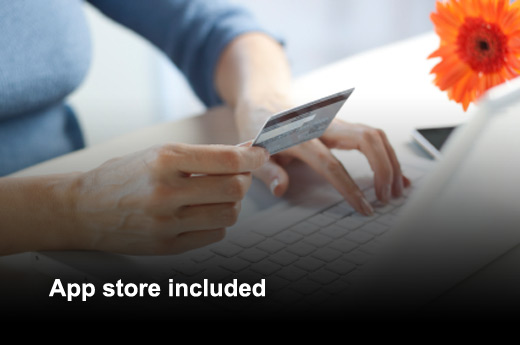 Copycat approach aside, businesses can expect an app store for Windows 8 when it is launched. While installing new software on Windows has never been particularly difficult, the presence of an App Store does dangle the promise of a single place for the downloading and installing of new software applications.  Larger businesses or enterprises with the existing infrastructure to roll out new software may not find it particularly helpful. For smaller businesses, however, an app store will certainly be invaluable. 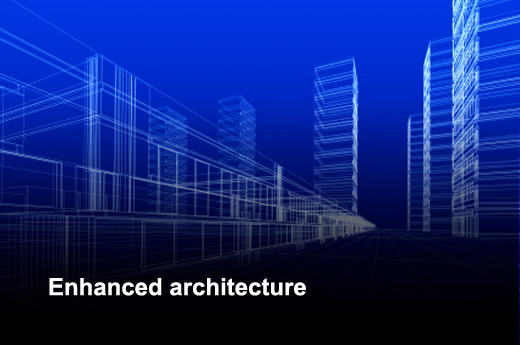 Windows 8 sports a whole list of tweaks and enhancements that are too many to list here. For example, the new OS supports UEFI (Unified Extensible Firmware Interface) secure boot to help protect against boot loader attacks that try to sneak in at the boot loader level. In addition, Microsoft has also written about its efforts in the creation of a new software stack for "SuperSpeed" USB 3.0. Moreover, Microsoft has also demonstrated advanced features such as universal sharing. As outlined by ITProPortal, an image can be dragged straight into an editing program where it is edited, and dragged back to Facebook to be posted — no more fiddling with temporary files or opening and closing multiple apps separately.