Given the increased density of data center environments thanks to advances in multi-core processors, Flash memory, and the rise of containers, it’s little wonder that more attention is starting to be paid to IT monitoring. In fact, so much so that Virtual Instruments this week announced it has acquired Xangati as part of an effort to create a portfolio of IT infrastructure management tools that span all aspects of compute, storage and networking.

Len Rosenthal, chief marketing officer for Virtual Instruments, says the company sees the IT monitoring tools developed by Xangati as a complement to the analytics applications that Virtual Instruments developed for tracking I/O performance across virtual and physical machine deployments.

“In about 12 months, we’ll bring everything under one pane of glass,” says Rosenthal. 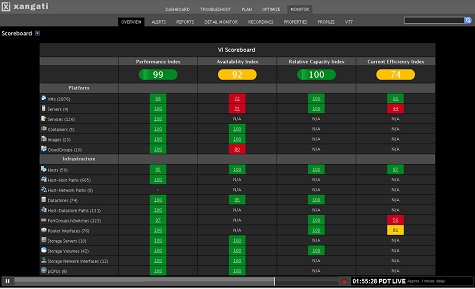 No doubt, at this point, many IT organizations are reevaluating their IT monitoring portfolios. Not only do they tend to have too many tools, but the ability of those tools to keep up with new technologies that outperform anything that has gone before is suspect. The issue is figuring out just how big an appetite for IT management change they might want to indulge in.

Previous articleIs Data the New Oil?
Next articleFor iOS More than Android, Failure Is an Option