Smartphones that Work for Business

Carl Weinschenk, who edits our Unified Communications Edge site, asked several analysts which smartphones were best for business. Clearly, Carl found that these devices — and others that didn't quite make the list — will play a central role in both unified communications and business computing.

Some responders went with the cool and some with the functional. The bottom line is that there is no shortage of useful and fun phones for business people as well as consumers.

Not surprisingly, Research in Motion was the big winner of our informal poll. All but one of the analysts chose at least one BlackBerry device. Among those chosen were the Bold 9700 and the Curve 8900. Two analysts chose Nokias – the E71 and N900 Maemo. The Apple iPhone was chosen by two analysts. Single votes were cast for the Google/HTC Nexus One, the LG eXpo, the HTC Fuze, the Palm Pre and the HTC Touch Pro 2.

See additional smartphones in More Smartphones that Work for Business. Click through to see the best (and maybe even coolest) smartphone tech for your business needs. Says Forrester’s Silva: ‘One unique feature of the Bold 9700 and one that we can expect to see on all new BlackBerry devices henceforth is the touch-sensitive trackpad on the front of the device.’ The BlackBerry Curve, says Current Analysis’ Greengart, ‘has the best combination of technology and form factor in the BlackBerry line.’ Nokia’s E71 weighs in at less than five ounces, according to Nokia. It features a full keyboard, 320 x 240 pixel QVGA resolution and dedicated one-touch keys for home, calendar, contacts and emails. Security features include device and remote locks, data encryption for phone memory and microSD content and a mobile virtual private network. 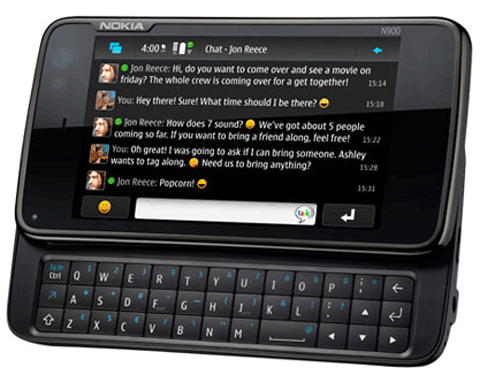 The N9000 is a Maemo platform based device which is something of a cross between a smartphone and a tablet. It features the Maemo browser and a wide variety of functions. Nokia says that it is a slide-slider that weighs a bit over 6 ounces. It both full QWERTY and virtual onscreen keyboards, up to 32 GB of internal storage, microSD memory card extension and is optimized for GPRS, EGE, WCDMA and WLANs. Says Forrester’s Silva: ‘Previously seen as the not-ready-for-enterprise device of consumer lust, the iPhone’s recent OS updates have brought it on-board as tool for enterprise employees.’ 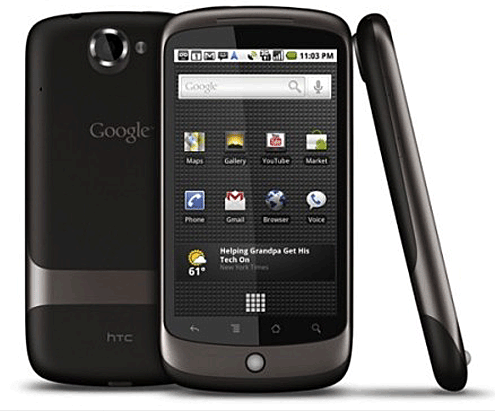 The inability of IT to enforce security measures such as on-device encryption (early versions of Android don’t support the function at all) and the need for the device to lock automatically with a user-assigned PIN mean Android is, at present, a tough argument to make to the company security wonks,’ says Forrester’s Silva. ‘Google claims to have a business-focused companion device to the Nexus One in the works and the sheer number of carrier- and handset-maker-backed Android phones means the OS is likely to get serious about reporting to work in the enterprise space quickly.’ ABI Kevin Burden’s take is that the Fuze is ‘built with the type of specs that are intended for business users. [It’s] based on Windows Mobile so all the productivity applications and Exchange support is there, but with the TouchFlo interface that makes the device more usable. Nice form factor, quality keyboard and a tethering option on a fast 3G network.’ The Palm Pre uses the Palm webOS and is available on the Sprint Network. The company says it operates on CDMA2000, EV-DO Rev. A and 802.11b/g networks. It features a 3.1-inch touchscreen, a slide out QWERTY keyboard, Microsoft Exchange email, built-in GPS and 3 megapixel camera. The Pre has 7 GB of available memory and 5 hours of talk time. According to Greengart, the HTC Touch Pro 2 makes his list ‘because it has the best QWERTY keyboard and speakerphone on the market.’