Sizing up the State of the Data Center

Despite all the enthusiasm for virtualization specifically and cloud computing in general, it turns out that IT organizations have more physical servers than ever to manage.

Those are the findings of a new "State of the Data Center" study released by AFCOM, an association for data center managers, that is based on responses from 358 members of the organization.

According to AFCOM CEO Jill Yaoz, there would have been a lot more demand for physical servers if it were not for virtualization and cloud computing, which means that things could even be more challenging in the data center than they already are.

Almost three quarters of the respondents said they have more servers today than they did three years ago. But only about one-third said they have more staff in place to manage those servers. That imbalance, says Yaoz, suggests that IT organizations are getting a lot more efficient when it comes to managing the overall data center environment thanks to new tools and processes.

Despite all these issues, however, only about a third reported that they have implemented some form of cloud computing. In addition, the vast majority of the new servers in the data center appear to be running Web applications, which suggests that it is these types of application workloads that are proving to be the most challenging to manage.

No matter how you read the study results, one thing is clear: IT organizations are wrestling with how to maximize IT infrastructure utilization at a time when application and data growth continues unabated. Without advances in virtualization and IT automation, it’s also clear that many IT organizations might find themselves between a proverbial rock and a hard place unless the fundamental economics of data center management improve at a much faster rate. Click through for results from an AFCOM survey on data centers. Most are flat to up. 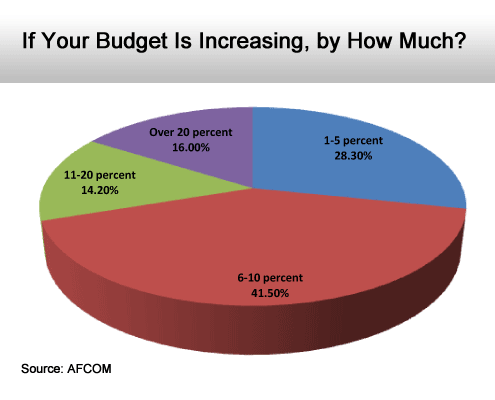 The majority is in the 6 to 10 percent range, but over 30 percent are higher than that. Over 62 percent will see a decrease of 6 percent or more. 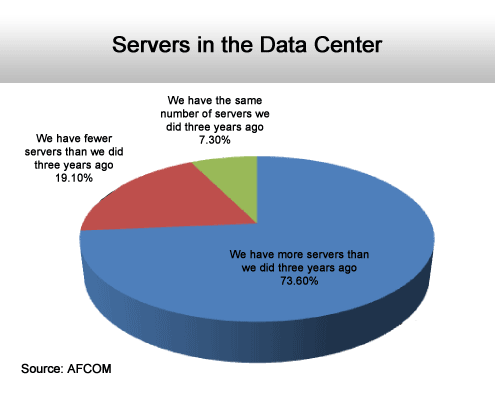 Despite virtualization and consolidation, most have even more. Holding or Growing for most. 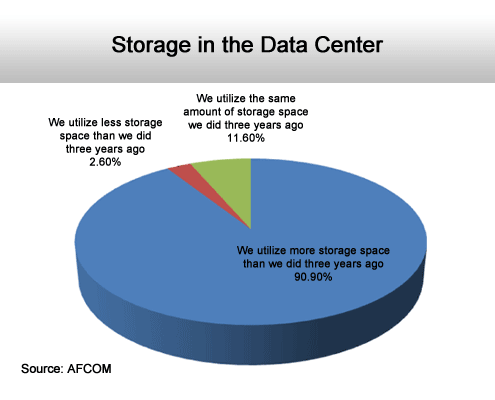 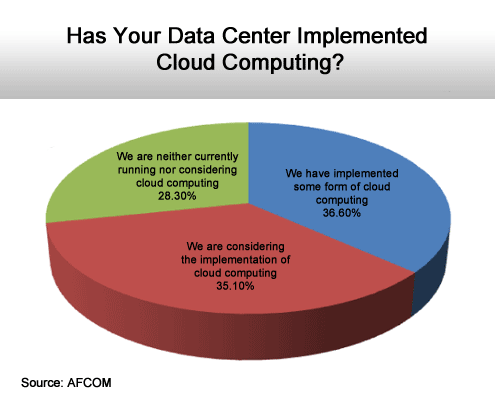 The majority are down this path. 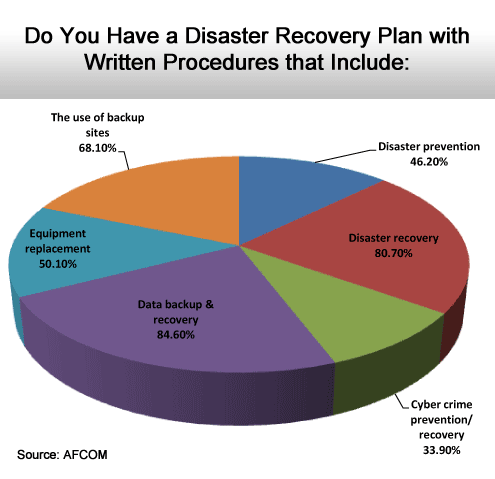 A little bit of everything. The vast majority do. 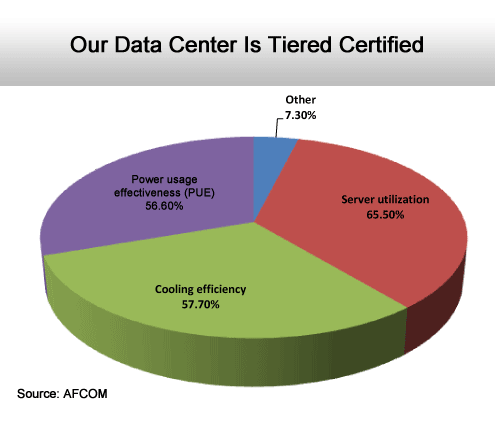 Power management is a primary concern. 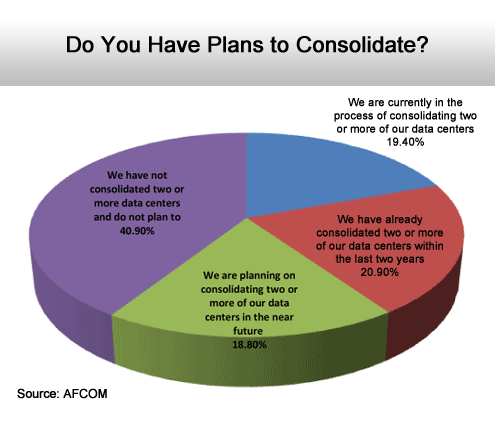 Lots of IT shops down this path. What remains will probably be much bigger.