The creation of an API economy has been a major boon to organizations large and small. But that API economy remains fragile because the quality of the application programming interfaces (APIs) on which it is built is uneven. It’s not uncommon for APIs to not get updated, or worse yet, simply disappear when the author of that API decides to replace or remove a previously published API.

To help bring some order to API chaos, Postman this week launched the Postman API Network, a directory of APIs that the provider of API development tools has created to make it simpler to discover public APIs that are well maintained.

While the Postman API Network is not the first such effort to create an API directory, Postman CEO Abhinav Asthana says the company is committed to acting as a curator of the APIs listed on the network. Each API will be consistently described using Collection tools developed by Postman that employ metadata to provide detailed, executable descriptions of the API — including all the necessary requests, documentation, mocks, and tests that work with that API, says Asthana.

Asthana says thus far, Postman has about 100 publishers of external APIs participating on the network. Bu the goal is to get every company that publishes an API to participate.

“We want every API on the planet to be on the network,” says Asthana.

Participating in the network means making a commitment to the care and feeding of an API for the long term. That should go a long way to increasing confidence in the APIs that get listed in the Postman API Network. 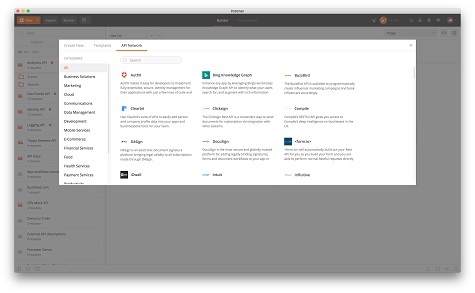 Whether it’s part of participating in an API economy or simply trying to launch a digital business initiative, APIs are now critical components. The challenge has been that far too many organizations have not kept APIs current, which over time leads to applications breaking. The Postman API Network may not completely resolve that problem. But it does represent a significant step toward making the API economy a lot more robust.