Five Reasons Why Postgres Has Reached a Tipping Point

Postgres is the enterprise-class open source database used by some of the largest companies in the world to handle all types of workloads. Companies like VMware, Microsoft (through its acquisition of Skype), Apple and Facebook (through its acquisition of Instagram) are all PostgreSQL users. So too are the Federal Aviation Administration (FAA), Fujitsu, NTT, Sony-Ericsson, Sony Online Entertainment, the U.S. State Department and Yahoo. Postgres has reached a boiling point and things are about to really heat up in the database space. Ed Boyajian, CEO at EnterpriseDB, has outlined five reasons why Postgres has reached a tipping point. Click through for five reasons why Postgres has reached a tipping point, as identified by Ed Boyajian, CEO at EnterpriseDB. Postgres has been an active open source project for almost 25 years. With such a well-proven history, one of the strongest development communities in the world and a global reputation for high-quality software engineering, Postgres is appealing to more and more high-profile customers. Organizations from startup independent software vendors to large corporations and government institutions have been successfully using Postgres to handle their most valuable data and mission critical applications across the globe. 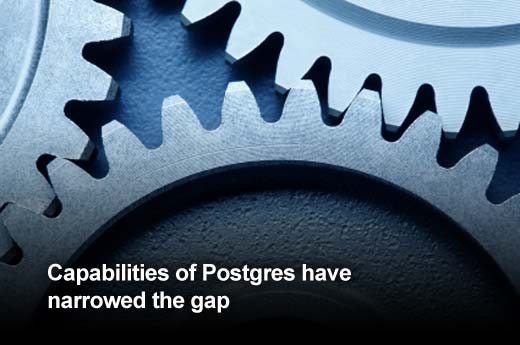 In the last few years, Postgres capabilities have continually improved and have added a number of impressive new features, such as built-in replication (both synchronous and asynchronous), scalability over 64 cores, JSON support, added security and more. Because of the strength of its independent open source community, thousands of contributors work together to rapidly add innovative new features to Postgres. This, combined with many years of increasing maturity, has resulted in new levels of feature and performance parity with proprietary databases. 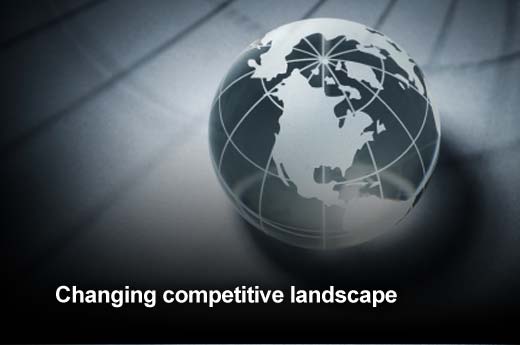 Relational databases have been around for a long time. The challenge is that the pricing on commercial relational database management systems (RDBS) has remained extraordinarily high while the underlying technologies have become much more commoditized over time. To make things worse, some large commercial database vendors also have aggressive pricing and auditing tactics that are designed to lock customers into expensive contracts for many years to come. With Postgres changing the landscape, many companies have been able to break away from the high cost of commercial RDBMS’s without sacrificing anything in performance. Open source IT infrastructure software has been on a rapid pace of adoption over the last decade. Most enterprises have already adopted open source platforms for their operating system and middleware layers. Now, with the attractive cost-performance attributes of Postgres, the database is the logical next step. And, the expertise and confidence that companies have gained in migrating the other areas of their software stacks enables them to more rapidly adopt Postgres. IT leaders need to invest in new and emerging technologies like Big Data, infrastructure and analytics tools. Given today’s economic challenges and limited budgets, the funding for these initiatives must be obtained internally. The huge savings potential from switching expensive commercial RDBMS’s over to Postgres is an obvious and effective way to fund these new strategic imperatives.

Previous articleHarness the Power of the Pause: Using Silence to Create Opportunities
Next articleTech Salaries Among Leaders in New BLS Occupations