Results from a survey conducted by Dell Cloud Business Applications and Techaisle* show adoption of cloud business applications is on the rise among small and medium businesses (SMBs). The SMB Cloud Application Trends Survey measured the benefits and challenges faced in migrating applications to the cloud and found IT decision makers have critical roles in the success of cloud application decisions and implementations, and in choosing the right IT vendor.

As SMBs assess which cloud applications make the most sense for their businesses, the survey reveals deployment services and application integration are critical for success. As such, the survey in December 2011 of more than 400 U.S.-based companies with employee bases ranging from 50 to 999 found that up to 69 percent of SMBs indicate preference to purchase cloud applications from a single trusted vendor.

“This new research echoes what our customers are asking for,” said Paulette Altmaier, vice president and general manager of Dell Cloud Business Applications. “Customers are looking for a trusted IT partner who has evaluated the right cloud applications for their businesses and who can accelerate their time to value with turnkey services.” Click through for results from a cloud application adoption survey conducted by Dell. 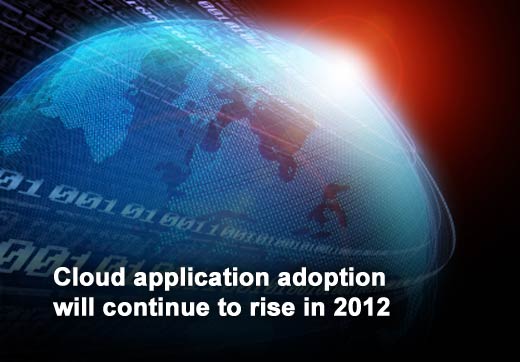 SMBs that currently use cloud applications plan to add an average of three new cloud business applications in 2012. CRM has the highest penetration of any cloud application at up to 55 percent, an increase of up to 34 percent from 2010. Up to fifty percent of respondents noted significant challenges in keeping track of different SLAs, while up to 48 percent complained that explaining their business to each vendor was tedious and time consuming. SMBs have high integration process expectations with up to 74 percent of respondents using in-house IT staff to integrate new cloud applications with on-premise technology and up to 61 percent are writing software code to integrate applications. Up to sixty-three percent of respondents would like the option to modify the integration based on business process changes.