he fact of life for most database administrators is that they are usually managing not only multiple types of databases, but multiple versions of those databases.

Despite all the hype surrounding open source databases, one of the more surprising revelations of the survey is the relatively minor presence of MySQL in enterprise environments.

But as cost pressures continue to mount alongside the volume of data to be managed, Walz said we’re likely to see more diversity in database formats in the enterprise. 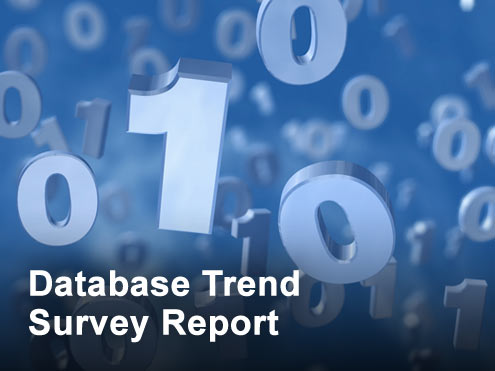 Click through for results from a database survey by Embarcadero. 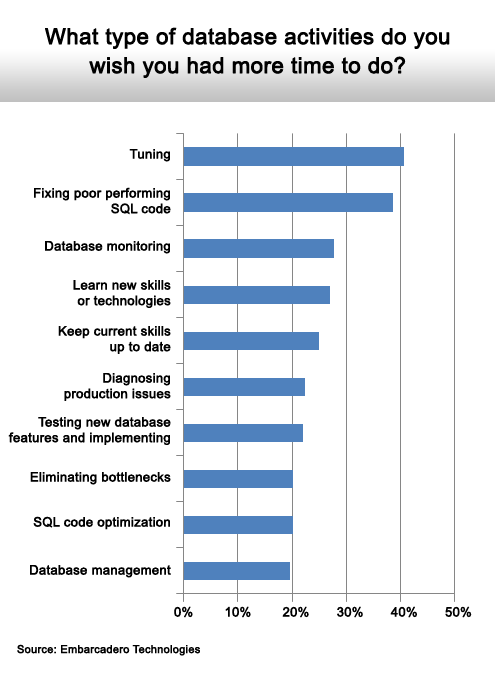 Tough to keep up with the database housekeeping. 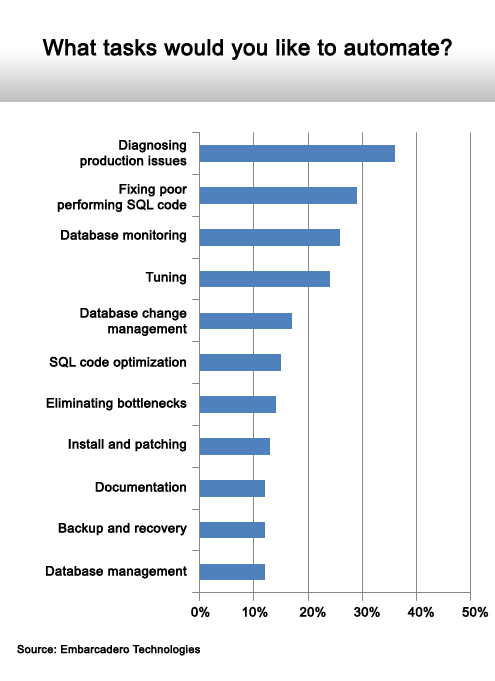 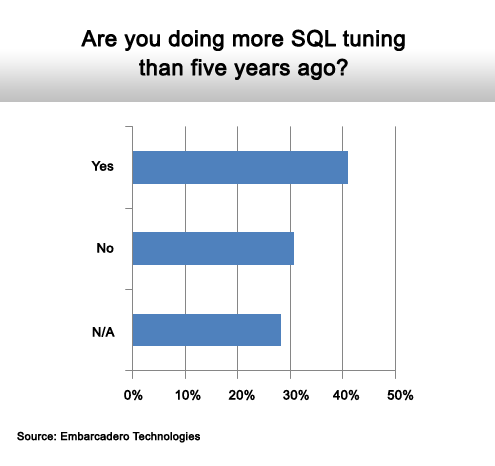 A fair number are. 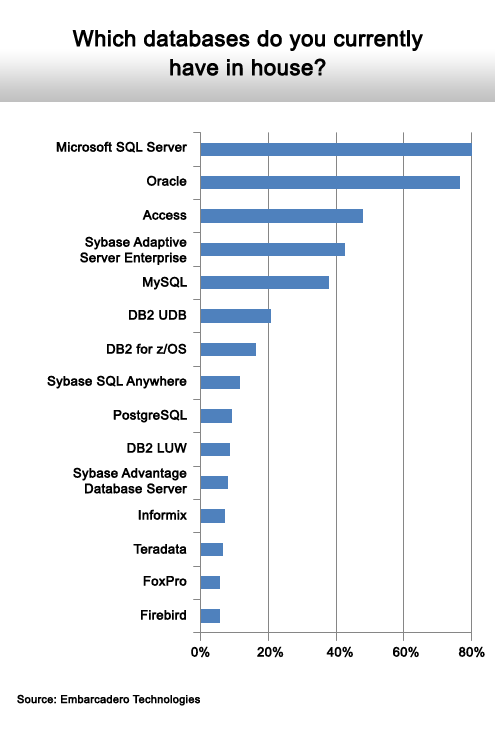 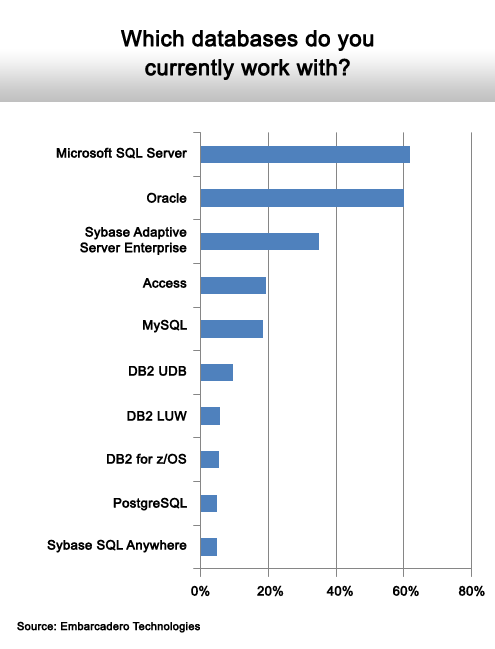 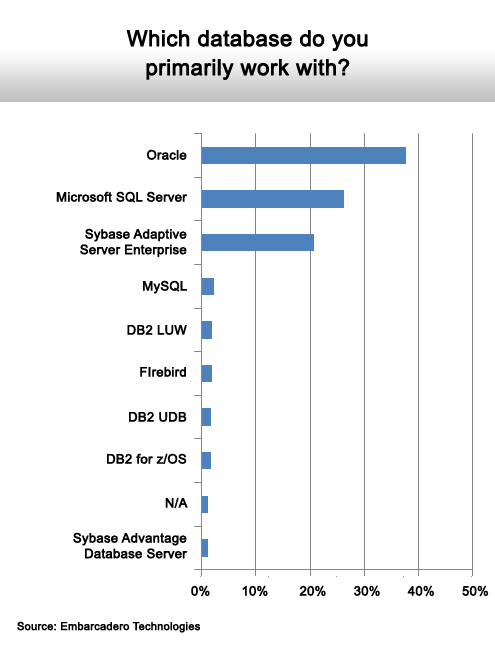 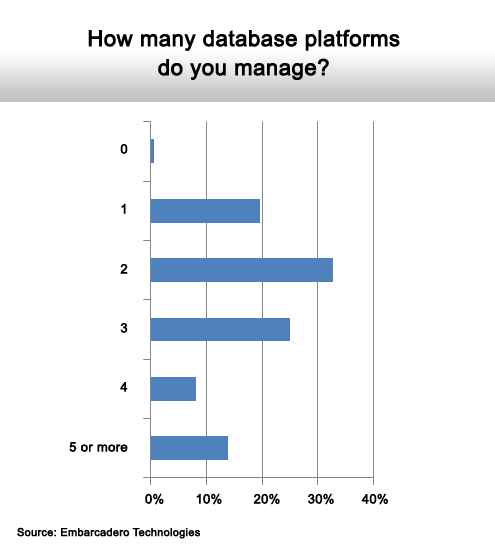 Most work with two or more. 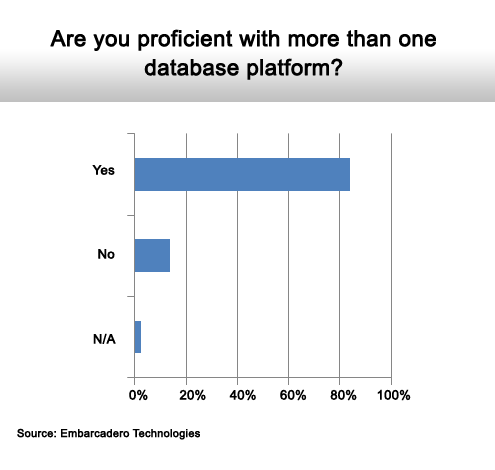 The vast majority are. 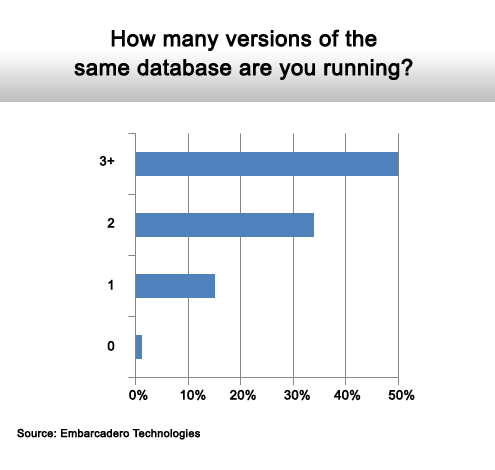 Half are running three or more versions. 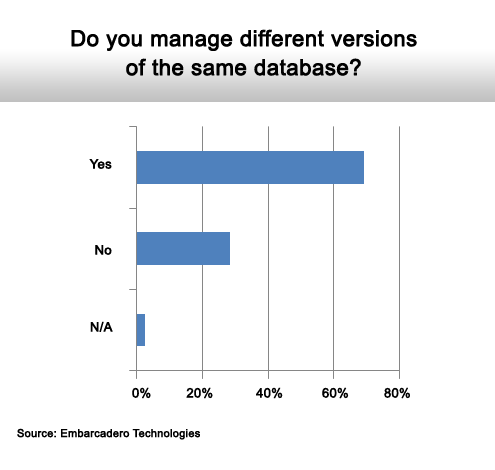 This is a common challenge. 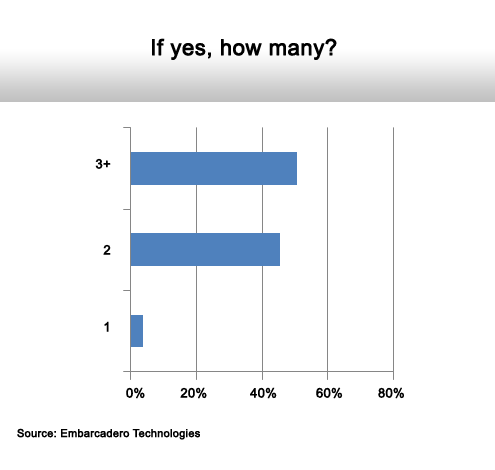 A little more than half have over three. 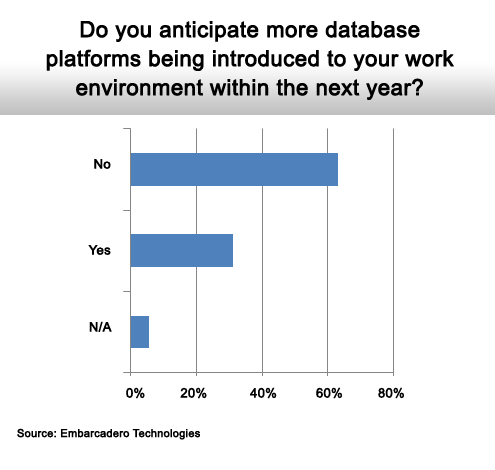 Most clearly do not. 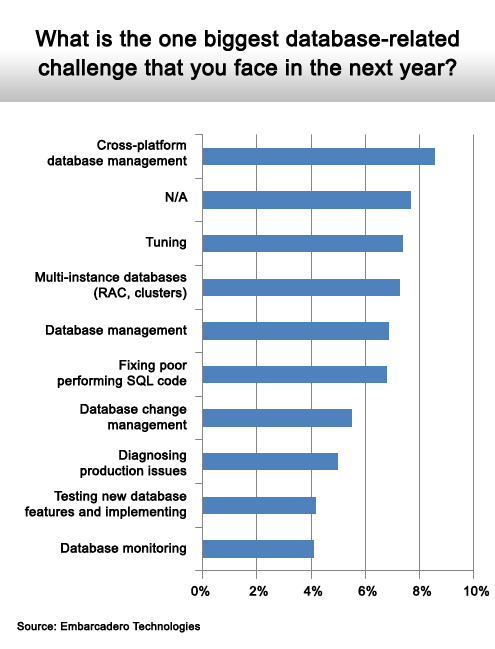 Previous articleEight Tips to Help Your Audience Get the Most from Your Presentation
Next articleDefining IT Policies in the Web 2.0 Era