10 Most Important Enterprise IT Products of 2010

This year’s collection of most important enterprise IT products highlights both relative upstarts and venerable mainstays of the IT industry.

Among the upstarts are Convirture, a provider of open source, cross-platform virtualization management tools, Cloudera, a company that created most of the commercial momentum surrounding the open source Hadoop data management framework, and Karmasphere, a provider of a tool that lets business analysts use SQL to query Hadoop.

Among the better known names on the list is IBM, which this year reinvented that most venerable of all platforms, the IBM mainframe, in the form of the zEnterprise. Other familiar names joining IBM on the list this year are Citrix, which did more to advance desktop virtualization than any other with the release of XenDesktop 5;  Hitachi Data Systems (HDS), which provided a Data Ingestor mechanism under which storage may finally be truly unified; and Microsoft, which may have finally delivered on the promise of unified communications with the launch of Lync Server 10.

Of course, the most famous product of 2010 is the Apple iPad. Joining the Apple iPad on this list is the Samsung Galaxy Tab, which serves to highlight the emerging diversity of the tablet market.

But as significant as tablets may be, from an enterprise IT perspective, the honor of having the most important enterprise IT product of 2010 goes to Brocade for its VDX 6720 Data Center Switches. While the VDX 6720 may not be the most famous product of 2010, the Brocade One architecture signals a new era in data center management. Rather than requiring customers to standardize a particular set of servers, storage and networking gear from one vendor to lower operating costs, the VDX 6720 signals the embedding of management intelligence at Layer 2 of the network.

And while most IT organizations have yet to appreciate the impact of this fundamental change to networking in the data center, this offering heralds a change in the way we think about managing data centers for years to come. Click through for 10 of the most significant technology products of 2010. This product highlights how heterogeneous virtualization management will evolve.

This implementation of Hadoop from Cloudera makes the open source data management framework palatable to the enterprise. 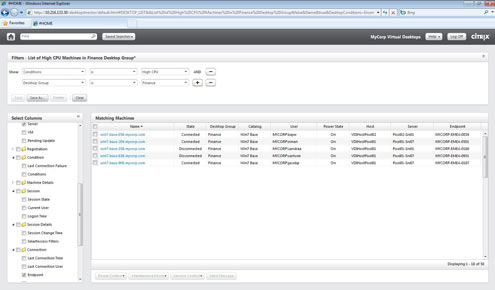 This offering from Citrix unifies various approaches to desktop virtualization to give IT organizations flexibility they need. With this addition to the Hitachi Content Platform, the gap between object and file-based storage is bridged. This Karmasphere tool makes it easy for business analysts to use SQL to query Hadoop. Despite the Apple hype, Samsung shows how Google Android plays in the tablet space, too. The Apple iPad has changed the way we think about mobile computing. This product sets the stage for redefining the way IT organizations manage the data center.