The World According to Blockchain

A lot of confusion surrounds blockchain, the technology upon which bitcoin is built. Essentially, it is a platform in which transactions aren’t controlled or managed through a central node. Instead, it is a mesh. Every transaction is updated for everyone. If person A does business with person B, people C, D and E are all automatically updated.

This is a big conceptual change. It is also a big physical change, especially if the number of participants reaches into the millions. Juniper Research’s Blockchain Enterprise Survey for August 2017 showed that corporate understanding of blockchain grew during the past year, which is an assessment echoed by IT Business Edge’s Arthur Cole). Key findings: Fifteen percent of respondents know “very little” about blockchain, while 76 percent believe it could be “quite useful” or “very useful” for their firms.

Let’s look at where we are with blockchain and its potential. 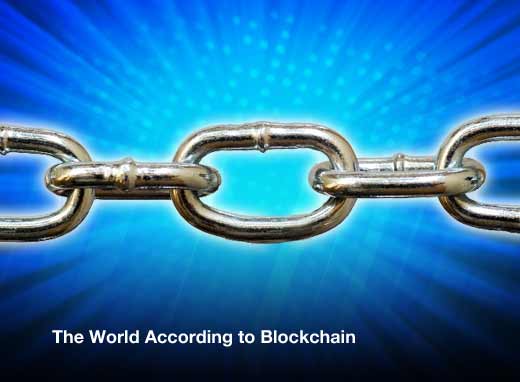 The World According to Blockchain

Blockchain comes with many costs and is surrounded by confusion. Here, we examine realistic use cases, drawbacks and the potential of blockchain. 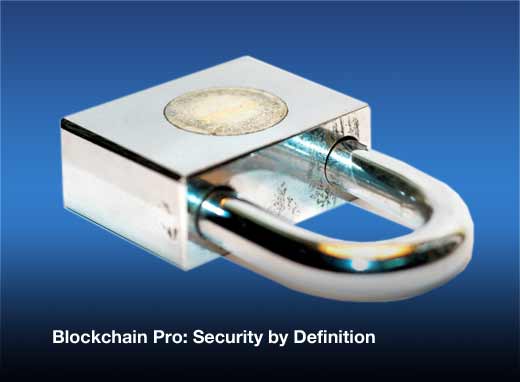 In telecom and IT, security efforts are aimed at keeping the bad folks from being able to steal or change users’ data. The quality of the security is judged by the success of that mission.

Blockchain has a different approach. In addition to traditional security, blockchain is open enough to make nefarious activity difficult. It is completely open. Thus, if two people make a transaction using blockchain, all people linked in that universe are updated. Thus, to do something dishonest and hide it would take the cooperation of all the participants. Nothing is impossible. But some things are extremely difficult. 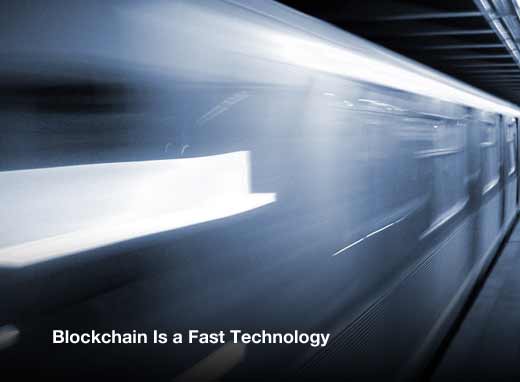 Blockchain Is a Fast Technology

Blockchain networks are not controlled by a single administrative element; they are peer-to-peer. This means that they are near instantaneous. Reconciliation and payment in financial transactions can occur in 10 minutes. In legacy third-party systems, that process can take a few days, according to Consultancy.uk. 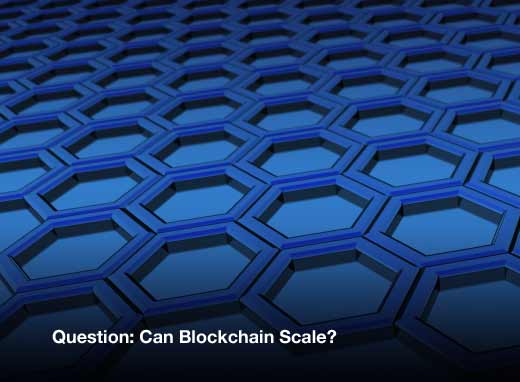 The key to blockchain is that every node finds out about every transaction. That, however, leads to the challenge of keeping pace. Due.com calls bitcoin’s blockchain capacity “terribly limited.” It can process 7 transactions per second (tps). The story juxtaposes that against Visa’s average of 2,000 tps and peak capacity of 50,000 tps. One answer is to increase the block size, in order to increase the space available and thus the speed. There are political challenges to doing so, however. 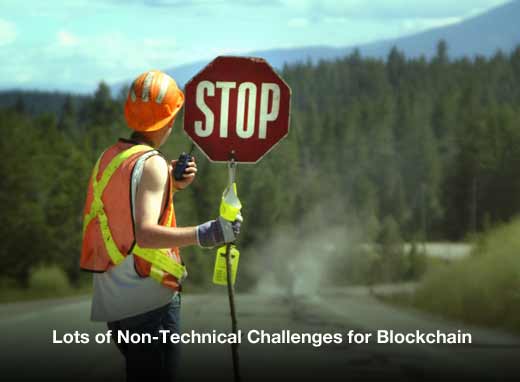 Lots of Non-Technical Challenges for Blockchain

Jaxenter covered a blockchain roundtable which, in part, focused on what the experts perceive to be the greatest threats or challenges to blockchain. The surprise is that for a technology that is so rooted in technology, only one response – about blockchain security — was purely technical in nature.

Concerns mentioned include complex regulatory hurdles (particularly in the United States), and the reality that not many people actually understand what blockchain. They are using it to be cool. Blockchain’s reputation tends to be damaged by unrelated problems with some networks that use the technology. Finally, blockchain is still immature. 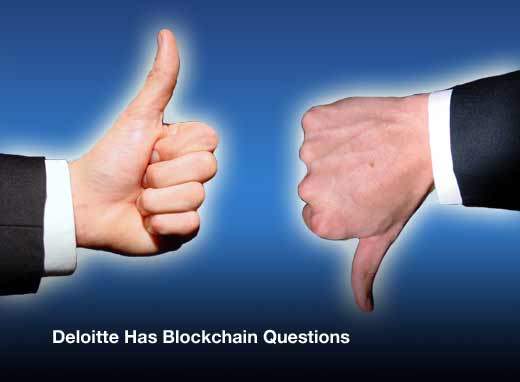 Deloitte’s Netherlands office posted a series of advantages and challenges for blockchain. The challenges include the fact that key elements of the process – the need for speed, verification processes and data limits – are just being developed. In addition, blockchain users (called miners) use substantial amounts of computer power. Corporations switching to blockchain must make significant technical and cultural changes. Initial costs are high. 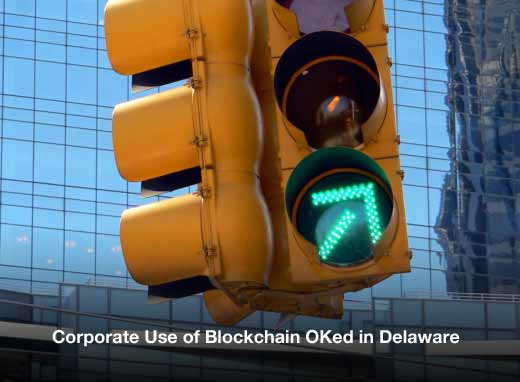 Corporate Use of Blockchain OKed in Delaware

To date, Blockchain has operated in a bit of a legal gray area. Those days are passing, however. Delaware recently passed regulations that, once signed into law, give corporations the right to issue and trade shares using blockchain, according to Coin Desk.

This may be an important step. Companies and exchanges worldwide are investigating using blockchain to perform a number of tasks. The introduction of regulatory certainty “would allow the innovations to take hold.” 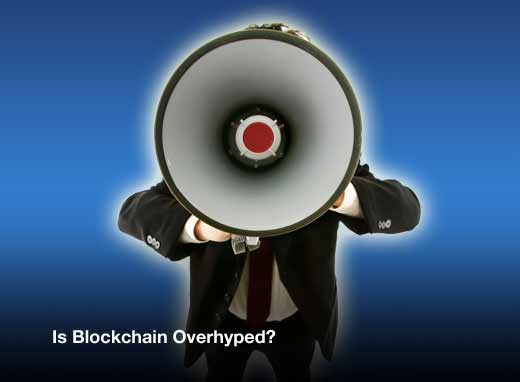 Overhype comes with the IT and telecommunications territory. A report from Constellation Research suggests that the use of blockchain for bitcoin may lead people to think that the blockchain technology is a panacea that can be used for many other applications.

How accurate this is remains to be seen. The report suggests that the most important element of blockchain may simply be that it is stimulating “new generations of distributed ledger technologies.” Blockchain itself may not be secure enough for the other uses, according to Constellation, which says that “blockchain is neither necessary nor sufficient for many of its suggested applications; in practice it’s massively over-engineered, or incomplete, or both.” 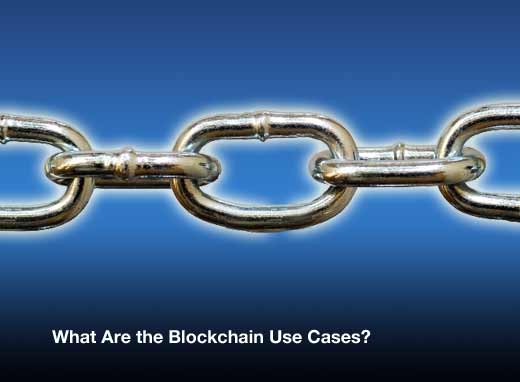 What Are the Blockchain Use Cases?

Blockchain is not for every use case, according to software development firm N-iX. The firm found that it is wise to eschew blockchain if transaction speed and performance are important; if keeping development costs low is an important issue; if a distributed system is not needed; and if recorded data is subject to change.

Conversely, it is best used in “lightweight systems where risks for espionage are not high.” It is also good for use to support shared databases that are collectively managed by non-trusting parties and for decentralized applications. Blockchain is a good candidate for financial and insurance transaction, N-iX says. 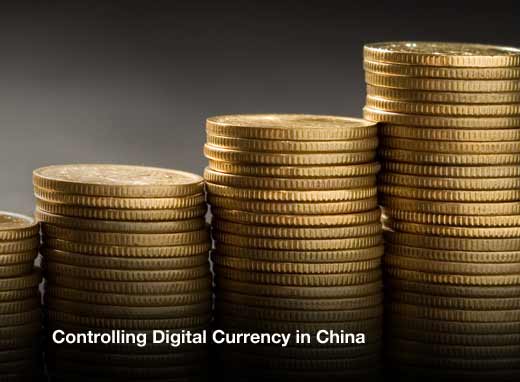 Bitcoin is just one example of cryptocurrency that blockchain can support. BusinessInsider says that the number of initial coin offerings (ICOs) in China is growing. There now are more than 40 platforms and more than 100,000 participants.

Efforts are under way to manage the growth. Six Chinese blockchain technology companies, in an effort to reduce instability and risks around blockchain, have released The Guiyang Blockchain ICO Consensus advisory. Separately, the People’s Bank of China is considering steps such as opening a digital currency center and cryptocurrency exchange inspections. 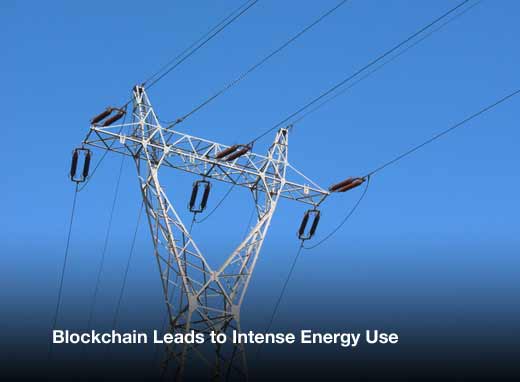 Blockchain Leads to Intense Energy Use

Bitcoin “mining,” according to Jason Bloomberg at Forbes, demands a tremendous amount of energy. That is true of any blockchain initiative.

The demand springs from the requirement to distribute and store updates to digital ledgers to all participants. Bloomberg says that even if a small percentage of blockchain initiatives get off the ground, electrical consumption “will be enormous – and will continue to grow with no end in sight.”

Previous articleGoogle’s Employee Manifesto Failure: Fixing Discrimination Should Start with Analysis
Next articleThe Road to Autonomous Vehicles Will Include Twists and Turns