Over the Top Video Set for Big Growth

Over-the-top video (OTT) is a trend that has accelerated during the past few years. It started with short videos, such as clips on YouTube, and has grown to additionally encompass every type of video offered in theatres and on managed cable and telco networks.

This is a big deal to more than the video industry. There is a big difference, from a number of perspectives, in delivery of data on managed and unmanaged networks. The latter usually actually are strings of randomly linked paths from the sender to the premise. Quality and security are variable as is the impact on the availability and quality of the Internet for other users.

Big events, such as the NCAA basketball tournament every spring, are obvious examples of the type of impact OTT has. This week, Ooyala and Vindicia – billing and video companies, respectively – released a report that was conducted by MTM during May and June. The bottom line is that the OTT business is set to accelerate due to investment, service proliferation and “intense competition.” The U.S. OTT market will pass $8 billion in value by 2018.

The general demand for video is the biggest driver. A couple of subtle trends will help to push the acceleration. Comcast, of course, offers a tremendous amount of video on its managed network. Now, however, it is launching Stream, an OTT service. Stream will launch in Boston by the end of the summer. It subsequently will become available in Chicago and Seattle. CED Magazine says that Comcast is the first broadband provider to offer an OTT service and that Verizon plans to offer one as well.

The second driver is that the programming will become more demanding. Leslie Ellis at Multichannel News points out that ultra-high definition/4K is “the undisputed darling of the over-the-top (OTT) video community.” That means that the stress on networks will be far greater than in the era of high-definition or standard-definition programming. Ellis makes the point a bit more dramatically:

Here’s why the advancements of the OTT video community into 4K/Ultra HD video make broadband network engineers want to smash their foreheads into their desks: It’s huge. Video is already the biggest and bulkiest passenger on the Internet, but 4K is to HD as Fat Albert is to Stuart Little. 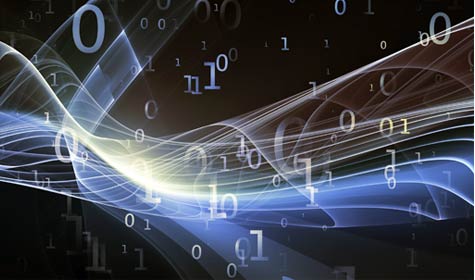 An interesting and not unimportant side note is that the industry must deal with security issues. This week, Parks Associates released a report that found that credential sharing – folks letting other people use their subscriptions to access programming – will cost the industry $500 million worldwide just this year.

It goes without saying that OTT is a big deal to the video industry. It doesn’t stop there, however. OTT will have tremendous impact on the capacity, general availability, and performance of networks. For that reason, it is something to be watched by all telecommunication and IT observers.