Is Enough Being Done to Confront Network Power Issues?

Telecommunications networks are huge users of energy. The cable industry, for instance, relies upon millions of servers, amplifiers and other network devices throughout vast networks. These all need to be powered. In homes, set-top boxes, gateways and other gadgets need juice, as well.

Cable and telcos, and the companies that support them, are taking steps to control this usage, at least in the home. In 2012, companies connected with the pay television industry entered a voluntary agreement to cut energy use in set-top boxes (STBs). Late last summer, D&R International, Ltd. on behalf of the group, published a report on the impact of the initiative on usage during 2013.

The report, according to Switchboard, the National Resources Defense staff blog, suggests very strongly that the agreement is having the desired effect. Energy use decreased 5 percent during the year and saved about $168 million. Usage of energy by STBs was 14 percent less than devices installed in 2012. The story points out that the next wave of voluntary requirements will increase savings to $1 billion annually when they are implemented in 2017.

The future is dim, and that’s a good thing: One of the drivers of savings is the ability to more radically ratchet down energy use when nobody is using the device:

Unfortunately, today’s models still consume almost as much power when they are “off” as when they are being used. Hopefully consumers will soon be able to receive set top boxes that use just a trickle of energy when no one’s watching TV, such as in the middle of the night, which means they’ll be in a deep sleep at the same time we are.

As promising as those numbers are, the reality is that the lion’s share of energy usage in a cable operation is not in the home. Brian Santo at CED reports on a study by the Society of Cable Telecommunications Engineers (SCTE) that details exactly where the real power drain is in these networks:

Between 73 percent and 83 percent of cable’s overall energy consumption is by hubs and headends, as well as the access network power supplies powering the active equipment on the HFC network, according to detailed SCTE analysis of energy usage of a cross section of major operators.

Things will get worse, and quickly, if the industry doesn’t continue and expand its efforts. The story says that Cisco, using cost data from the Department of Energy, projects that annual spending on energy could quadruple – from $1 billion to $4 billion – by 2020 if steps aren’t taken. The same proliferation in costs no doubt is true of telephone networks. 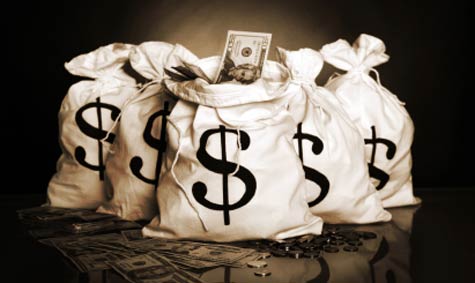 Converge! Network Digest posted a commentary by Thierry Klein, the network energy research program leader for Alcatel-Lucent’s Bell Labs, in which he laid out the problem and introduced an interactive tool. It has the ungainly name “The Global ‘What if’ Analyzer of Network Energy Consumption” application, which is referred to as G.W.A.T.T. According to Klein, the tool forecasts trends in energy consumption and efficiency based on different growth and evolutionary scenarios. Writes Klein:

Energy – its use and cost – is not the most exciting of topics. It is a vital area, however. The work of STBs is to be commended. Hopefully, the telecommunications and IT industries will get serious about other segments of the network.