Marketing executives and advertisers speak of the “viral video” in hushed tones, fearing that if they express their desire to “go viral,” aloud they’ll be met with a chorus of angry naysayers screaming “you can’t make a viral video, they just happen… as if by magic!” They still all want one, though. Developing, producing and successfully launching a viral video campaign is equal parts inspiration and orchestration. Based on his seven years of running a creative agency that makes videos, David Murdico, the executive creative director and managing partner of Supercool Creative, has identified some of  the things that keep them from getting off the starting line or make them fizz out along the way. Click through for five reasons videos fizzle instead of going viral, as identified by David Murdico, the executive creative director and managing partner of Supercool Creative. You started with a funny, crazy idea but got worried that there wasn’t enough “message” or “call to action” so you kept adding and adding. You wondered why the video got less and less entertaining. Congratulations, you made an infomercial. At the very best, you made an ad. Most people run away from ads unless it’s Super Bowl season or from a brand that consistently makes good ads, so don’t count on them sharing your video too much. One of the main purposes of a “viral video” is to build awareness of and/or interest in something. Leave the messaging and selling part of it for the areas that surround the video and the wider conversation,  and let the video do its job of going viral. It all starts with the big, creative ideas, and ends with having the nerve to push the limits of acceptability and do something completely unexpected and memorable. Videos that go viral all have one thing in common. People are thrilled by them. They cover their mouths in surprise and have the sudden urge to show them to other people. Lots of viral videos are just real-life events that happen, but many of them are obviously produced for brands, and as long as they’re good, viewers don’t mind a bit. When you’re producing a video with the intent of going viral, you have to tap into those feelings of excitement, amazement, and if at all possible, make it funny… really funny. Not vanilla funny with a side of mild humor. Murdico can’t think of a single brand out there that can’t do with some funny, and in the right hands, anything can be made hilarious. People can’t laugh at, be amazed by and share something they can’t find. In almost every case of branded entertainment, you need some form of paid media buy to jumpstart the process. You know those brand videos you see in the top viral charts, the ones that got there on sheer amazingness? Yeah, not so much. They do have to be amazing, but they also need a big, paid push at the start. It’s done all the time and is no less ethical or purist than paying for TV audiences, radio airtime or billboard space. Paid media support can come in the form of video seeding; paid ads; promoted content on Facebook, Twitter or YouTube; paid placements on blogs; publications or paid influencers. 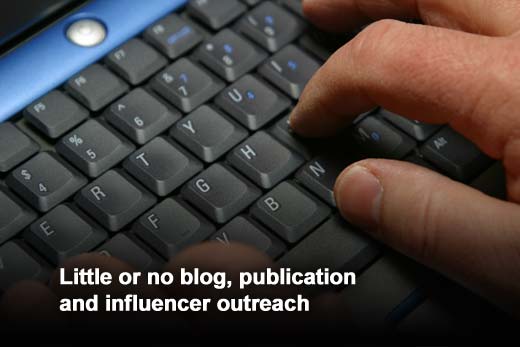 Aside from, or in addition to, the paid tactics, there’s the earned media approach. This consists of pitching bloggers, writers and influencers and making them care enough to share your video with their readers and viewers. This tactic is very effective, provided you’ve satisfied #2 (see slide 3) and are ready with #5 (see slide 6). Viral videos live and die on their ability to be shared. So grease the skids. You’ve made a great video, paid for initial support, tapped some awesome bloggers,  writers and influencers to help push it along but you didn’t develop an integrated sharing strategy that goes from the initial activity you’ve bought or earned, to your social media channels and current fans of your brand, out to new fans. For example, when that awesome influencer blasts out to their one million Twitter followers, are you prepared to capitalize on it and push it further? How about the videos your fans are starting to create (on their own or because you suggested it) based on your video? Do you have systems in place to make them into rockstars and promote their content? Viewers will see their videos and want to make their own, but first they’ll have to watch the original.