It seems that top corporate executives and the companies for which they work often say things for political reasons.

For example, Ars Technica’s story on AT&T CEO Randall Stephenson’s new position that the carrier will continue its capital investment strategy despite the Federal Communications Commission’s (FCC) adoption of net neutrality rules that it doesn’t like starts with this quote from November, 2014:

‘We can’t go out and invest that kind of money deploying fiber to 100 cities not knowing under what rules those investments will be governed,’ Stephenson said at the time.

Now, however, he says that the company will continue to invest:

‘The exact comment I made was we’re going to put a pause on our new broadband deployment plans until we see how these rules came out,’ Stephenson said today in an interview with CNBC. ‘We have seen how the rules came out. As we read those rules, we do believe they’re subject to modification by the courts and remand by the courts to the FCC.’

This makes no sense in either the little or big pictures.

In the little picture, Stephenson is contradicting himself. In November, he says the company can’t continue major investments because it doesn’t know what the rules will be. But now, he says that he is certain that what the FCC has instituted will change, so the investments can continue.

But the “modification by the courts and remand by the courts to the FCC” that he expects means that as of today, the eventual rules still are a mystery to AT&T. So his decision-making team is no better off in that case than they were previously.

In the big picture, it’s clear that Stephenson is spinning. His job is to make money for shareholders, and doing so involves a battle against competitors. Those competitors will be operating under the same rules as AT&T, fair or not. Companies invest based on their competitive need, period. And if they don’t invest during times of rapid change, they are putting themselves in an especially bad spot. 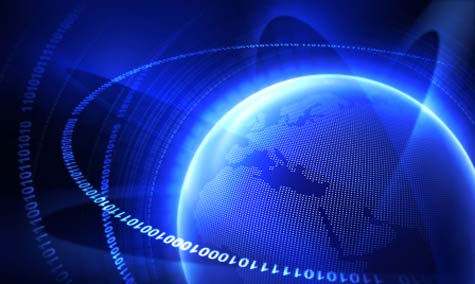 The reporting on Verizon’s position is a bit more confusing. Chief Financial Officer Fran Shammo either reversed herself or a bunch of reporters initially got things wrong, according to The Washington Post. The company’s position, as of late January, was that investments would be hurt by the type of rules that the FCC eventually did release. That, too, turns out to not be true.

Warnings that the sky (or capex) is falling flew when the FCC was ramping up to make its move. In some quarters, they still are. The reality is that they were just so much bluster. John Celentano, a senior consultant at Skyline Marketing Group, took a look at first quarter results for AT&T and Verizon. So despite a somewhat slow quarter, perhaps due to a harsh winter, things are moving along. Celentano detailed his findings at Petrilla News:

The really good news is that both companies reiterated their full-year 2015 capex guidance. This means that despite the slow start, we can expect network investments to ramp up progressively throughout the year.

The courts or Congress certainly may undo what the FCC imposed in late February. However, what comes out of the mouths of executives and what is written in financial documents are often very different. So the best policy is to simply disregard what any carrier executive says about the impact of net neutrality on capital investments.