Why the Open Source Stars Must Align

Open source projects like OpenStack, Docker, OPNFV and OpenDaylight are more supported and better funded than ever before. They mark a broader trend of large, active and well-resourced open source projects that are among the leaders in Big Data, cloud computing, operating systems and development practices. Open source has come a long way in 30 years – and its success marks a new era for the overall OSS community.

But success does not come without potential pitfalls. One of the greatest obstacles to project success isn’t the proprietary competition – it’s the lack of communication between large open source projects like OpenStack and Docker.

With help from SUSE’s Alan Clark, board chairman for the OpenStack Foundation, here is how these open source successes must integrate more effectively, in order to succeed together.

Alan Clark, director of Industry Initiatives, Emerging Standards and Open Source at SUSE and board chairman for the OpenStack Foundation 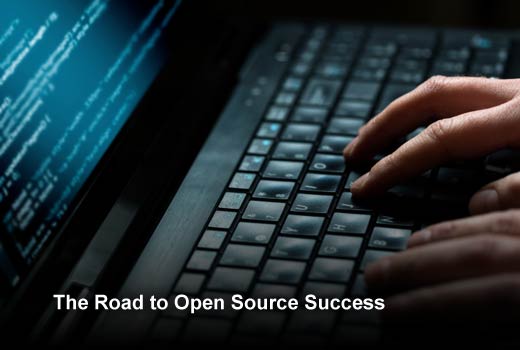 The Road to Open Source Success

Click through for more on how open source projects must integrate more effectively for future success, as identified by Alan Clark, SUSE. There are many talented developers within both OpenStack and Docker, but much of the collaboration is taking place at the developer level. As a result, Clark has noticed that multiple groups are often working on the same features, at the same time.  Additionally, developers are usually focusing on the best possible fit for their respective project, rather than the best fit for both groups. The end result is duplicate work that often needs additional resources to streamline.

To address duplication, more strategic collaboration needs to take place at a higher level. At the next OpenStack Summit, Docker leaders will make an appearance, presenting a new high-level overview of a development roadmap that will have both groups playing off a similar sheet of music. The speed of deployment created by Docker opens up OpenStack to entirely new possibilities, just as the automation and scale of OpenStack does for Docker. But much of the integration has been more reactive than proactive – meaning that logical improvements are being made to each release cycle, but developers have just started to tap into the new possibilities these two projects could create. This potential is demonstrated through the NFV and SDN features included in the upcoming Juno release and upcoming Kilo release. As OpenStack and Docker are the two hottest and most desirable developer skills for open source professionals, greater integration could open up new possibilities for developers to learn new skills and become more marketable. A higher number of skilled developers leads to a more powerful, integrated and innovative community from top to bottom. The process of having more technical and instructive sessions on Docker has begun at recent OpenStack Summits, but a stronger presence at each other’s shows creates a more compelling and strategic event. Beyond technical sessions, one goal senior leaders have is to hold additional strategy sessions, roundtables and collaborative meetings, focused especially on integration. Both OpenStack and Docker have tremendous momentum – but long-term growth and viability is sustained through strategic partnership, to develop and attract the users that preserve a technology’s longevity. Historically, a lack of collaboration can lead to fragmentation – just look at the Linux desktop with KDE and GNOME. This means that growth will come through a greater focus on strategy in order to prevent fragmentation and attract new users together. The potential to share goes far beyond technical features. One of the simplest steps will be sharing test cases and test results. This simple effort of sharing is going to strengthen the quality of code and the delivered solutions. In sharing results, OpenStack, Docker and other powerful open source successes can better support each other. Every open source project develops a set of vocabulary. Most vocabularies aren’t formally developed, but instead are intrinsically built over time through the processes and methodologies within the global community. This results in communities speaking the same words, but understanding different meanings. Just imagine how confusing this is for technology adopters.