According to a survey of IT and business professionals, new enterprise apps, such as those for Big Data and mobile device management, are more likely to be deployed in the cloud than are established enterprise apps like finance/accounting; human resources; and governance, risk management and compliance.

Enterprise Apps and the Cloud

Click through for highlights from a survey looking at the use of cloud-based enterprise apps. Pivot to the Cloud

Using the cloud to deliver software applications – commonly known as software as a service or SaaS – continues to draw interest from organizations that buy and use enterprise applications, as well as from vendors. For buyers, SaaS means lower infrastructure costs, more rapid deployment, and losing the burden of managing, updating and patching applications.

For software vendors, organizations moving to established cloud services means they can deliver applications faster and not wait on prolonged infrastructure improvements and deployment cycles. SaaS apps also make it easier for vendors to win additional revenue since it’s easier to deliver product upgrades and/or increase the number of licenses. 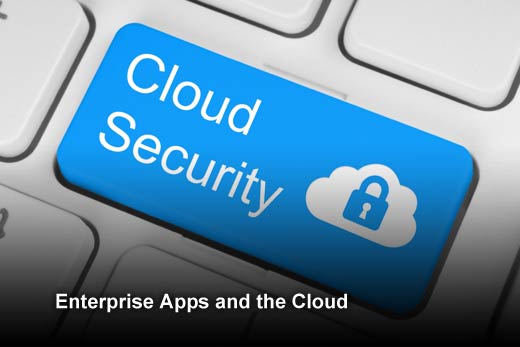 Enterprise Apps and the Cloud

Security, privacy and control of data have been key concerns that have made IT professionals reluctant to move mission-critical data to the cloud. The survey found this to still be the case, with only 27 percent of enterprise finance/accounting applications being delivered using the cloud, while only 32 percent of human resources apps were cloud-based. Newer apps, such as mobile device management, Big Data and CRM were far more likely to be deployed in the cloud. Who’s Moving to the Cloud?

With its promise of less IT infrastructure, fewer support personnel, and more appealing options for pricing, SaaS would seem to be a good fit for SMBs. The survey, however, showed that SMBs (less than 100 employees) were less likely to turn to cloud-based apps than medium and large organizations.

By industry, while having big plans to migrate applications to the cloud, the government sector is lagging behind other highly regulated industries such as health care and finance. Four years after the Cloud First mandate was issued for federal agencies, government-sector respondents report that their efforts remain primarily in the planning stage. 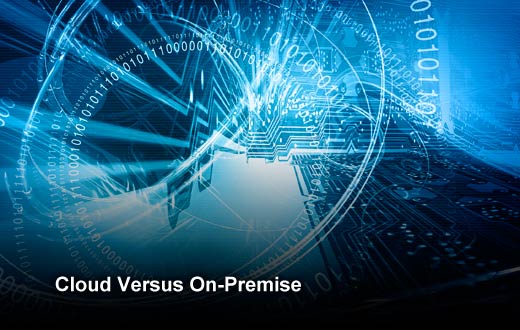 For end users, whose primary concern was ease of use, there were few serious differences between SaaS users and on-premise users when it came to important features and benefits. However, the need to integrate with existing solutions was fairly high on their list. One way to ensure that enterprise software applications integrate well is to use the same vendor, however, survey respondents did not cite vendor loyalty very high on their list of important features and benefits.

Microsoft was the most popular choice among survey respondents in terms of software vendors currently being used for either cloud or on-premise enterprise apps, but was ranked lower than other vendors among those being considered for future projects.