Arguably, about the only thing harder than building a private cloud based on OpenStack is maintaining it once it’s deployed. Aiming to reduce that pain, Mirantis this week released an update to its distribution of OpenStack, based on the Mitaka release, that makes it simpler to manage the entire deployment lifecycle surrounding an OpenStack deployment.

Amar Kapadia, senior director of product marketing at Mirantis, says that while OpenStack is driven by one of the most vibrant open source communities there is, not enough attention is paid to how IT organizations are going to manage OpenStack after it’s installed. Mirantis OpenStack 9.0 specifically focuses on that issue by eliminating thousands of bugs from Mitaka that an IT organization would otherwise have to deal with on its own.

In addition, Kapadia says, Mirantis OpenStack 9.0 provides a more flexible approach through which IT organizations can now slipstream additional functionality into the framework as they see fit without having to reinstall OpenStack. That’s possible, says Kapadia, because Mirantis continues to focus on making OpenStack a stable platform on which IT organizations can deploy mission-critical applications. 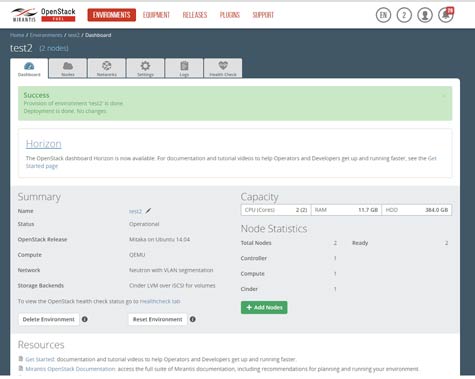 With this release of its OpenStack distribution, Mirantis has also improved the workflow and orchestration tools it provides to simplify OpenStack deployments, while at the same time improving the performance of network function virtualization (NFV) software deployed on Mirantis OpenStack. Finally, Mirantis has added support for instances of Hadoop and Apache Spark that enable them to run on either a bare metal server or in a virtual machine environment.

Obviously, a lot of organizations are interested in using OpenStack as an alternative to commercial platforms for managing next-generation “cloud native” applications. But, by definition, OpenStack consists of an almost dizzying array of modules that, depending on where they are in any development cycle, provide different levels of maturity. Sorting through those modules and all their associated updates requires a fair amount of commitment on the part of an internal IT organization. All too often, many IT organizations underestimate what that level of commitment actually entails.