Looking to accelerate the arrival of a new age of “serverless computing” in the cloud, Fugue today unveiled a management framework designed from the ground up to unify the management of widely distributed IT infrastructure resources.

Fugue CEO Josh Stella says the company’s namesake management platform is made up of two core components. The first is a Fugue Conductor orchestration engine that provides a common framework for executing IT policies across multiple application programming interfaces (APIs) exposed by a cloud service. The second is a Fugue Composition compiler that gives IT organizations the ability to define libraries representing various elements of IT infrastructure that can be holistically addressed using a compiled language. 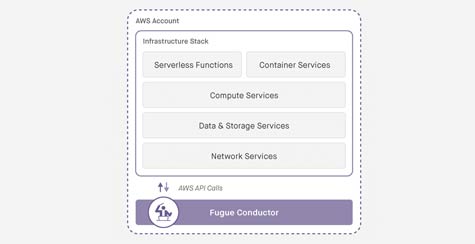 That capability, adds Stella, makes it more feasible to employ a serverless computing construct. In that model, physical servers don’t disappear. Rather, a microservices architecture based on containers is used to drive an event-driven framework that eliminates the need for developers to be concerned about how many resources might be available on any given specific server or associated storage system. Stella says this approach means it’s only a matter of time before the concept of managing stacks of application workloads will increasingly become obsolete as the management of the cloud becomes more automated by better identifying patterns.

“We’re really just at the beginning of being able to identify patterns in the cloud,” says Stella.

Just how popular serverless computing will become remains to be seen. Many of the concepts being espoused by its advocates were first put forward in the form of remote procedure calls more than a decade ago. But like most things in the cloud, this would not be the first time an old concept was refurbished in a way that winds up advancing the overall state of enterprise computing.