Content is a lot like food in that presentation is everything. Dropbox today announced Dropbox Professional, an instance of the company’s file sharing and collaboration software that gives end users more control over how files and documents are shared both inside and out of the organization.

Nina Carriero, product manager for the Monetization Platform at Dropbox, says a Dropbox Showcase feature enables content stored in Dropbox to be viewed through a single branded web page. That content can also tape into an existing Dropbox Smart Sync capability to make sure the content being viewed via Dropbox Showcase is always the most recent version of a file, says Carriero.

Carriero says that 70 percent of the installed base of Dropbox users are using the cloud service at work. Dropbox Showcase makes it much simpler to organize projects now around a single web page. In effect, Dropbox Showcase is being used as project management software, says Carriero. 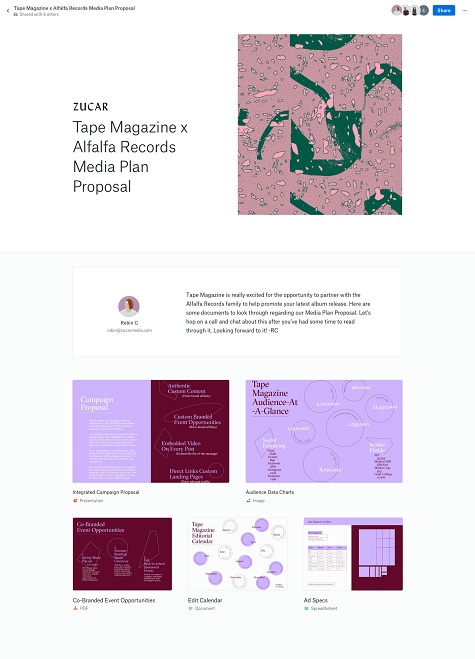 These days, most end users have multiple projects going on at the same time spanning all kinds of file types, ranging from presentations to full-blown videos. Keeping track of all the projects within the context of a file-sharing service has required a level of organization skills that not many people possess. By enabling content to now be stored on a project basis, the amount of time end users waste hunting through Dropbox to find a particular file should be greatly reduced.