The business intelligence (BI) market, which Gartner estimates is now worth more than $14 billion, is large and expanding. The list of leading vendors includes well-known names such as Microsoft, IBM, SAP and Oracle, as well specialist companies including Tableau Software, QlikTech, Tibco Software and Information Builders.

Over the past few years many companies have implemented business intelligence platforms, most of which are purchased by IT departments. These BI systems tend to be highly centralized, with reports produced by the IT department pushed out to a range of analysts and more general users, according to Gartner. Because of this, many BI platforms are underused and have ultimately proved to be a poor investment, it concluded in a recent report:

“While analytical capabilities were deployed – such as parameterized reports, online analytical processing (OLAP) and ad hoc query – they were never fully embraced by the majority of business users, managers and analysts, primarily because most considered these too difficult to use for many analytical use cases.”

As a result, many companies are looking to complement or even replace their existing business intelligence platforms over the coming months. If you are planning a BI investment in the near future, here are six common mistakes that you need to avoid to ensure your investment is an effective one.

Paul Rubens has been covering enterprise technology for over 20 years. In that time he has written for leading UK and international publications including The Economist, The Times, Financial Times, the BBC, Computing and ServerWatch. Click through for six common BI mistakes and ways to avoid them. Giving too much control to IT departments – or to users

As mentioned below, allowing the IT department to make BI platform purchasing decisions often proves to be a mistake. That’s because IT departments tend to concentrate on factors like stability, scalability, security and vendor reputation to minimize risk.

But Boris Evelson, an analyst at Forrester Research, warns that going the other way and giving end users too much say in the purchasing decision can also be a costly mistake.

“Desktop or cloud systems let business users do what they want, without having to depend on IT report developers, but these solutions may not be secure or robust, so the trick is to find a middle ground,” he advises. One of the biggest mistakes that companies can make when investing in BI is failing to match the system’s capabilities with what users actually need. It sounds obvious, but many business intelligence implementations fall victim to this basic mistake.

“These systems can cost a company millions, yet sometimes they provide little or no value because there is a mismatch between what is purchased and the needs of the users,” says Rita Sallam, a Gartner analyst.

To avoid this, it’s vital to establish which specific reporting capabilities users require and ensure that they are included in any BI platform under consideration. “It could be that users need interactive reports but they can only generate static ones, or that the capabilities are simply not complex enough – or perhaps too complex,” Sallam says. Many organizations spend their business intelligence budgets on the software licenses and two weeks’ training for users. However, today’s BI systems are complex beasts so you’ll need to provide far more training than that to get real value from the system, Sallam warns.

“I would recommend plenty of ongoing training so users really know how to use the system,” she advises. “Companies should be thinking about highlighting a BI ‘feature of the day,’ running ‘lunch and learn’ sessions or providing online videos – things like that.” 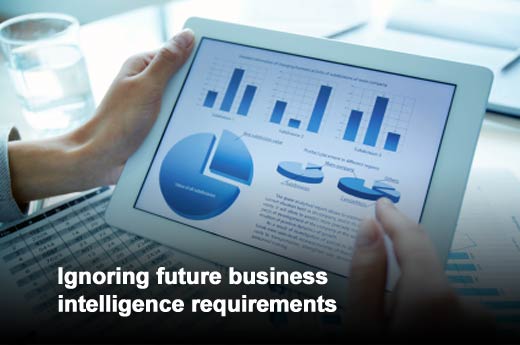 In the recent past, about 30 percent of companies had plans to use a cloud-based BI platform. This number has gone up to over 45 percent now, according to Gartner. That means that even if your chosen business intelligence supplier doesn’t have a cloud-based offering, it should at least be on its roadmap so that it is in a position to accommodate your possible future needs, Sallam says.

Cloud is not the only thing to consider as an option for the future, she adds. She advises thinking about how you will make difficult analyses easier for users, or how you will move from interactive discovery to automatic discovery – and checking that these sorts of needs will be accommodated in a BI vendor’s roadmap.

Neglecting to think ahead and to ensure that suppliers have plans to meet your likely or even possible future needs is a sure way to doom a business intelligence project to failure in anything but the short term. 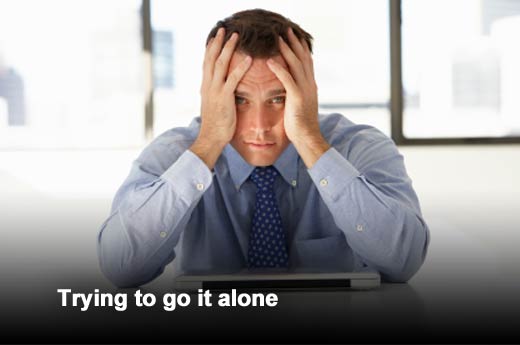 Trying to go it alone

Business intelligence is all about analyzing your data, and if you plan to access data from JD Edwards, PeopleSoft, SAP or other large-scale ERP systems, then don’t underestimate the task. “Accessing that data is not easy,” warns Evelson. “It’s not just about accessing the database: you need to understand the metadata and how the data is laid out.”

“With a typical BI platform you won’t be able to do this out of the box, so you are going to need to hire professional systems integrators and spend lots of money on professional services,” he adds. If you try to integrate the systems yourself without sufficient in-house knowledge, then you risk delays and cost escalation — and ultimately end users may not get value from the system. 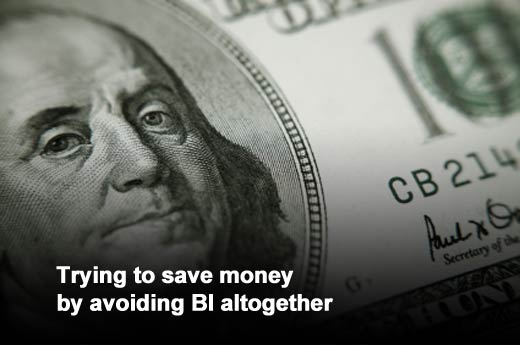 Trying to save money by avoiding BI altogether

About 80 percent of all business analysis is done using simple tools like Microsoft Excel and Access, Evelson believes. Doing so certainly has advantages: It’s cheap, easy and often very quick.

But non-specialist BI tools have their disadvantages to all but the smallest organizations: They can analyze gigabytes but not terabytes of information; they lead to “spreadsheet silos;” and they won’t give the same answers to the same questions when asked in different parts of the enterprise because they don’t provide a single version of the truth.

Worse, they introduce security and operational risks, Evelson warns. “You rarely get to limit who can access the data and what they can do with it, and if the data or a formula is wrong and you provide information you get from it to a regulator you could end up with huge problems.”