At a Minds + Machines Europe 2017 conference hosted this week by GE Digital, the ServiceMax arm of the world’s largest conglomerate announced that the field service management application it delivers as a cloud service is now integrated with the GE Predix analytics platform.

Scheduled to be available this Fall, ServiceMax CEO David Yarnold says this integration represents a multibillion dollar opportunity to transform how services are delivered across a broad range of physical products. Instead of waiting for a product to break before dispatching service personnel, Yarnold says, predictive analytics informed by machine learning algorithms will be able to dispatch service personnel to prevent problems from occurring in the first place.

“Any unplanned downtime can now be avoided,” says Yarnold.

In addition, Yarnold says predictive analytics will also change the way equipment is acquired because organizations will have a much better sense of when equipment needs to be replaced. Today, most organizations replace equipment on a fixed schedule regardless of whether that equipment is still capable of functioning.

To further its analytics ambitions, GE Digital also announced this week it has developed a wave of additional Predix applications aimed at various vertical industries, in addition to creating Avitas Systems, a company that will employ predictive data analytics, robotics and artificial intelligence (AI) to deliver inspection services to the oil and gas, transportation and energy industries. 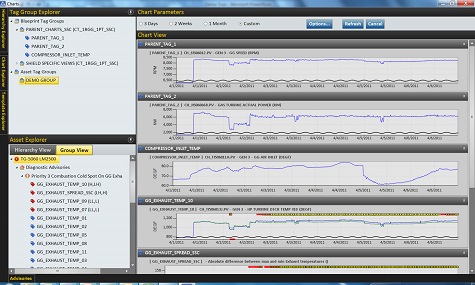 Obviously, the removal this week of GE CEO Jeff Immelt suggests that digital business transformations can be hazardous to one’s career. But as GE executives noted this week, there’s also no turning back now.