Not too long ago, any time an end user wanted to generate any type of report, they had to ask someone in the IT department to generate it. In the last several years, significant advances have been made toward democratizing business intelligence (BI), thanks mainly to Tableau Software and Microsoft Power BI.

In fact, the Power BI software makes it relatively trivial for any end user to access data from different sources, clean it up, and dynamically generate reports on an ad hoc basis in a matter of minutes.

Tableau Software provides a set of richer analytics tools that make it possible to not just create reports, but also interrogate data that enables end users to run a richer set of “what-if” analyses.

Power BI is also meant to be consumed as a cloud service, while Tableau gives organizations the option of deploying its software on-premises, on a public cloud, or consuming it as a service.

Regardless of the path chosen, the primary benefit that both applications provide is that end users are now able to visualize data in a way that allows them to make better-informed decisions, faster.

What are the Similarities & Differences between Power BI and Tableau? 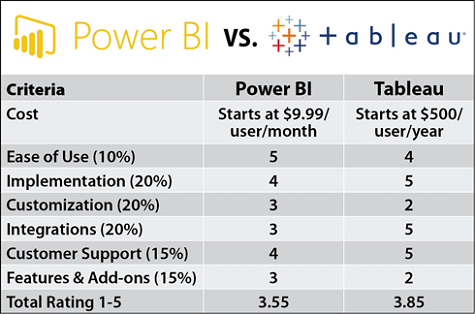 Microsoft has a simple pricing model that reflects the same approach employed in Microsoft Office 365. Users can choose one of two pricing paths. Power BI Pro is priced at $9.99/user/month, is classified as “self-service” BI, and is included with Microsoft Office 365 Enterprise E5. Power BI Premium is licensed by dedicated cloud compute and storage resources and is priced at $4,995/month.

Get More Information About Tableau

Tableau assumes a deeper level of usage, at $500 per user, per year, with no limit on data. Tableau also goes well beyond a simple per-user subscription model to provide a wide range of licensing options based on the specific role individuals play within an organization. For example, end users who only need to consume data wind up costing less than end users who create data. While that can be difficult to navigate, the Tableau approach can, in theory, result in a lower total cost of ownership for some organizations.

Power BI enjoys a slight edge because it is based on a user interface that has it roots in Microsoft Office 365, which most end users are already familiar with. But when it comes to drilling down into data, Tableau provides some notable advantages. Tableau is also investing in natural language capabilities specifically designed for BI use cases. 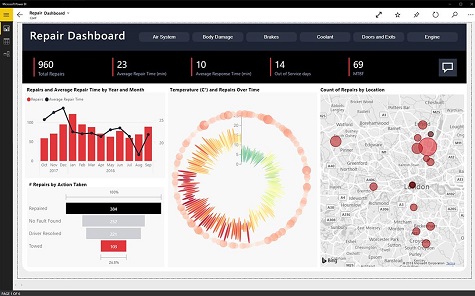 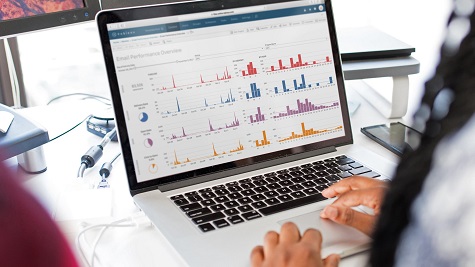 Power BI is available now as a stand-alone cloud service provided by Microsoft. As such, setup and implementation is relatively simple. Tableau offers a simpler online service, but also gives IT organizations the option of deploying its software on a local server or on Amazon Web Services (AWS), Google Cloud Platform or Microsoft Azure.

Microsoft has a long history of focusing on the needs of developers. With Power BI, it is relatively trivial for developers to embed analytics reports within other applications. Customizing Tableau can require a significant amount of expertise, depending on the complexity of the task. Tableau does make available a range of connectors and application programming interfaces (APIs).

Microsoft has made some considerable progress in terms of extending the reach of Power BI beyond its own applications and cloud services. But in terms of being able to access a wide diversity of data sources, Tableau already supports 67 native connections, including live connections for real-time insights. Tableau also makes it simple to consume a large range of data models developed in a variety of programming languages.

Microsoft has an app store that already features a range of Power BI add-ons. The number of Tableau add-ons remains comparatively limited.

How to Decide which is Best for Your Situation 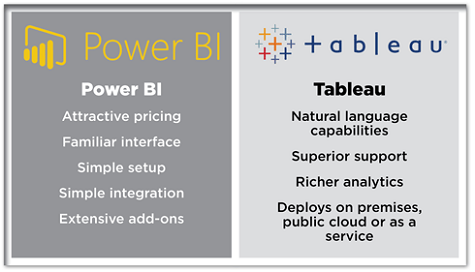 Much of the decision concerning which analytics application to rely on comes down to the depth of analytics required. In terms of providing access to basic BI capabilities, Power BI from Microsoft is available at a price point that, for average end users, is too compelling to be ignored. And user familiarity with Microsoft products can prove invaluable in adoption and acceptance levels.

But when it comes to a tool that will appeal to professional analysts, the richness of the Tableau analytics platform is going to be required. Add a laser focus on comprehensive support from Tableau, and organizations making analytics one of their highest priorities may find the package the most compelling.