In the very near future, most applications are going to incorporate video to enhance collaboration as a standard feature. Instead of end users being required to launch a separate video conference application, they will be able to launch, for example, a video chat that enables then to maintain conversational context within the application. All the parties on the call will be able to seamlessly see and share data from within a shared application.

Vidyo today moved to accelerate that transition with the launch of a Vidyo.io Communications Platform-as-a-Service (CPaaS) that presents developers with a simple set of application programming interfaces (APIs) through which they can embed high-definition video processed via a cloud service inside applications running on any client device.

Vidyo has been making the case for embedding video in applications for several years now. But Ben Pinkerton, director of product marketing for Vidyo, says Vidyo.io CPaaS represents the first time that Vidyo has launched a turnkey cloud service around a well-defined set of APIs aimed at application developers. To drive adoption of that service, Vidyo is offering developers, for a limited amount of time, 100,000 free minutes. Long term, Vidyo plans to provide each new developer 4,000 free minutes to start.

“We absolutely see a shift,” says Pinkerton. “Video is now a feature.” 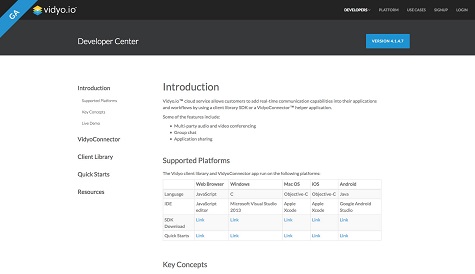 It may take a little longer for developers to work through all the mechanics of embedding video inside their applications. But as more applications start to arrive that include an embedded video option, it won’t be too long before end users come to regard support for embedded video to be a standard requirement. In the meantime, IT organizations would be well-advised to start considering the impact all that video traffic is likely to have on their corporate networks.