The Robotic Automation Landscape of Today and Tomorrow

We are on the cusp of a robotic revolution. While robots have long played a role in expediting factory operations, organizations are increasingly considering the opportunity to implement a digital workforce of software robots to take on administrative, back-office processes and transform the way we work on a global scale. In this slideshow, David Moss, founder and CTO of Blue Prism, takes a closer look at the robotic automation landscape of today and tomorrow. 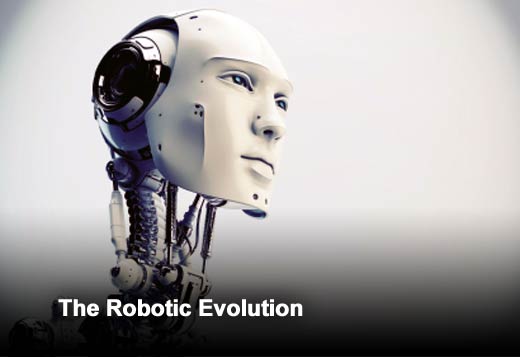 Click through for a closer look at how robotic automation is changing the way we work in the twenty-first century, as identified by David Moss, founder and CTO of Blue Prism. The long-term impact of robots

Since General Motors installed Unimate, the first industrial robot, in 1961, robots have played a crucial role in efficiently completing factory processes. In fact, the International Federation of Robotics tells us there are 1.1 million working robots in the world. Robots have proven to be a cost-effective, safe, and efficient solution in multiple industries where manufacturing needs to produce a high volume of high-quality products. The office of the twenty-first century

With the introduction of robots embedded in software — capable of reading screens, writing administrative programs, and generally carrying out work with the same technologies as their human counterparts — back-office work can be completed faster, more accurately, and at significantly reduced costs. In fact, the Cooperative Bank has experienced 80 percent cost savings by deploying Blue Prism’s robotic automation software. 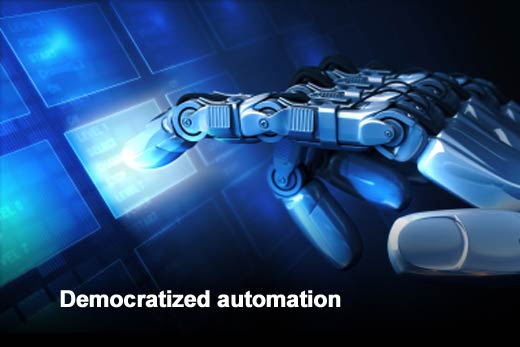 Users can access and control robotic automation as they work. Human resources can delegate rote, administrative processes to these software robots — programmed  to perform faster and with increased accuracy with each repetition — so that they can avoid repetitive strain injury (RSI), a common side effect of redundant tasks like data entry. Instead, both the human and digital workforces can focus on the types of tasks they do best, resulting in greater progress and profit. According to a recent report from HfS Research, since 2012 there has been a dramatic increase in robotic automation market participants including robotics software providers and consultants, more full scale implementations delivering a ROI, and a growing commitment to robotics among leading BPO service providers. As evidenced in the chart above, BPO providers, who feel that previous approaches for completing work have failed to help them innovate, are especially keen on adopting this new technology. Blue Prism‘s software and client implementations were cited in the HfS report as key factors in the market adoption of robotic automation during the last year. What office robots mean for the economy

Despite concerns that robots are taking over jobs, Andrew McAfee and Eric Brynjolfsson attest in their latest book, “The Second Machine Age,” that robots will take on tedious, rules-based jobs that are not well suited to humans. McAfee and Brynjolfsson contend that people will be able to take on more creative and strategic work, and that a huge opportunity exists for America to invest in training and entrepreneurship programs so that humans can stay ahead of these sophisticated machines.

Economists agree that all technology changes the nature of work performed by people. History shows that as mundane, repetitive and unsafe jobs have been automated, new jobs have been created and the economy, and people’s standards of living, have improved.