Released last year, Windows 8 is an important operating platform for organizations that are invested in the Windows ecosystem. Under the hood, the new operating system from Microsoft delivers substantial security improvements and faster boot times, even as it integrates new features such as full touch support and the Windows Store for fuss-free downloading and installation of apps.

We can’t deny, however, that its take-up has been relatively muted. To address criticisms from both consumers and businesses, Microsoft has made a notable number of changes in the free Windows 8.1 update. The usual stability enhancements aside, check out the top 10 things to like about Windows 8.1. 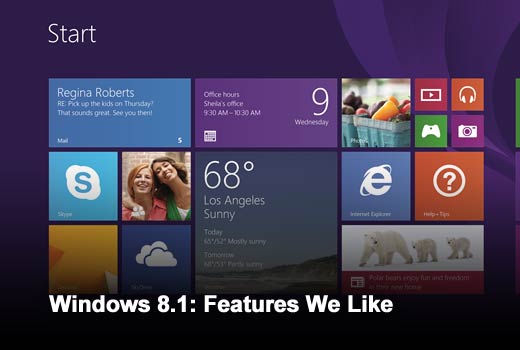 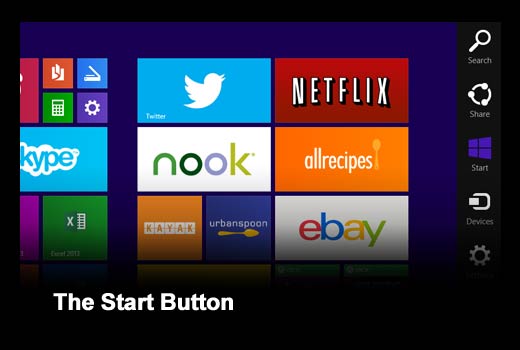 Another highly welcomed feature in Windows 8.1 is the inclusion of a Start Button. To be clear, the Start Button isn’t the same as the Start Menu found in earlier versions of Windows before Windows 8, despite its reappearance at the same place. The Start Button is far from useless, though, and serves to toggle users between the desktop and the tiled layout of the Windows 8 “Modern UI” interface. More importantly, a long press offers easy access to various important system settings on the desktop, which is something that administrators and power users are sure to welcome.

Another often touted new feature in Windows 8.1 is its greatly enhanced desktop search engine. The new search engine offers the built-in ability to query data from a variety of sources, including local files, installed apps, locally stored data and SkyDrive, as well as results from Microsoft’s Bing online search engine – all from the same interface. The feature can be especially useful even on the desktop to launch apps by typing out their names – you can expect most apps to appear within the first three letters. Microsoft greatly beefed up SkyDrive integration in Windows 8.1, even offering capabilities not found in competing cloud storage services. For one, users can save all their files to SkyDrive by default, or make use of the File Explorer integration to access items in cloud storage just as if they were stored locally. This is implemented using placeholder files, which look and feel like normal files, but which are not actually downloaded until they are accessed. Where image files are concerned, large thumbnails are downloaded instead of the actual files, allowing them to be browsed or even viewed normally. The end result is significant space savings on the local storage drive, to the tune of a fraction of original storage space. To address another common complaint about Windows 8, Microsoft has built greater flexibility into displaying Modern UI apps (downloaded from the Windows Store). The previous implementation limited Modern app instances to just two instances running side-by-side, with one app running in a large window and the second app in a tiny window. With Windows 8.1, it is now possible to make the second app window take up either a third, half, or two-thirds of the screen. In addition, the operating system will allow PCs with larger screens to support up to five apps windows side by side, though this will only be possible if your monitor has sufficient pixels, of course. Ability to Shut Down from the Start Button

Another feature that quietly returned with the Start Button is the ability to shut down, or to restart, the PC with a few mouse clicks from the desktop. For desktop users, this is certainly more convenient than having to switch to the Start screen and going through the convoluted process of signing out. While this tweak is hardly an earthshaking one, old-timers and users who spend most of their time on the desktop will certainly grow to appreciate it. Windows 8.1 offers a number of changes to the Start screen first introduced in Windows 8. Specifically, you can now choose from a wider variety of sizes for the tiles: small, medium, wide and large. And it’s not just for show, either: Apps can take advantage of the large sizes to display more information. Moreover, the Start screen now has the same background as the Desktop, which makes switching between them a far less jarring experience. Just as importantly, practically all the configuration options from the control panel have finally made it into PC Settings, greatly reducing the confusion about where they can be found. 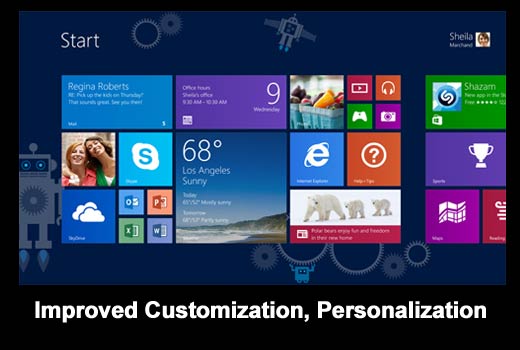 Microsoft has spent the last 12 months working hard to add the polish that Windows 8 lacked when it was released. As it is, Windows 8.1 offers greater ability to customize and personalize, which can be seen in the colors that can be used to customize the Start screen backgrounds. In addition, the lock screen can be set to show photos from your photo album. It is now possible to pin admin tools to the Start screen too, or to enable or disable live data from selected tiles. Hate the Start screen? You can even replace it with the Apps view. One feature that is less apparent is the addition of support for 3D printers in Windows 8.1. 3D printing in Windows 8.1 has been designed as an extension of the Windows 2D printing model, and shares the same underlying driver model, app interface and pipeline. Moreover, a new “3D Manufacturing Format” was also created for Windows 8.1 to serve as the foundation for 3D manufacturing, including third-party extensibility to support various 3D printers. Ultimately, the support for 3D printing means that the Windows operating system is ready for the day when we all have 3D printers sitting on our desk. Windows 8.1 adds support for Miracast, which was created as an industry-wide screencast standard to wirelessly project high-definition video between devices. With support for Miracast built-in, all that is needed is Miracast-enabled display hardware or a Miracast adapter to wirelessly stream PowerPoint slides, or a high-definition video, from Windows 8.1 on an external display. This is certainly more flexible than a proprietary system such as the Apple TV that works only with selected hardware. In addition, the incorporation of native Miracast capability in Windows 8.1 is sure to increase interest from device manufacturers in adding Miracast support to their display hardware.