As part of a broad-ranging alliance with Microsoft, a bridge between Salesforce CRM applications and Microsoft Outlook is now available. Greg Gsell, director of sales product marketing at Salesforce, says users of Outlook can now pull data directly from the Salesforce CRM into Outlook via a Lightning for Outlook plugin.

Gsell says that with salespeople spending as much as 70 percent of their time in Outlook, that level of integration should boost productivity considerably. Instead of having to exit Outlook to look up customer data in Salesforce, salespeople will be able to search Salesforce data from within Outlook. 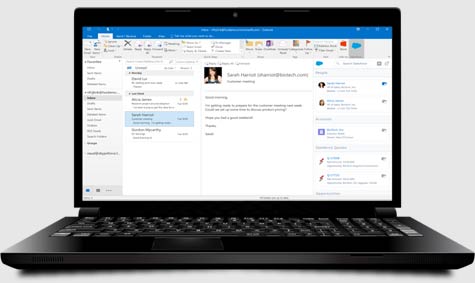 In addition, a Lightning Sync capability makes it possible to automatically sync contact and calendar events between Outlook and Salesforce, while a Lightning Experience for Outlook module can be used to layer the Saleforce user interface on top of Outlook.

Lightning for Outlook, says Gsell, is the tenth integration project the two companies have completed since agreeing to cooperate with one another in 2014. Their collaborative projects span everything from integrating Salesforce with Microsoft Excel spreadsheets to Microsoft Skype for Business videoconferencing service. Gsell declined to speculate on what Microsoft’s planned acquisition of LinkedIn might mean for the alliance, but clearly, Microsoft intends to use LinkedIn to increase the appeal of its own CRM applications.

It’s often the simplest of integrations that draw the most praise from end users. While being able to more seamlessly share data between Salesforce and Microsoft Outlook might not strike an internal IT person as being a high priority, it’s the kind of initiative that does more to boost end-user satisfaction scores than any backend office project ever could.

Previous articleHow to Monitor Networks While On Vacation
Next articleKill the Paper Trail: Six Ways to Achieve Digital Transformation