Making its first foray into the emerging realm of cognitive computing, Progress has acquired DataRPM to gain access to a predictive analytics engine that is primarily used to maintain physical equipment connected to the internet.

Mark Troester, vice president of strategy at Progress, says the company plans to leverage DataRPM to increase its own presence as a provider of an application development platform for Internet of Things (IoT) applications, while at the same time moving to make the core Meta Learning engine developed by DataRPM to drive its predictive analytics application more broadly accessible to application developers that make use of various Progress platforms for developing applications.

The end goal, says Troester, is to make various forms of advanced cognitive computing capabilities more accessible to developers. Vendors such as IBM are racing to embed various forms of cognitive computing capabilities into applications and services. Progress, says Troester, plans to level the playing field for all developers.

“This is just the beginning,” says Troester. “We want to make building these types of applications much simpler.” 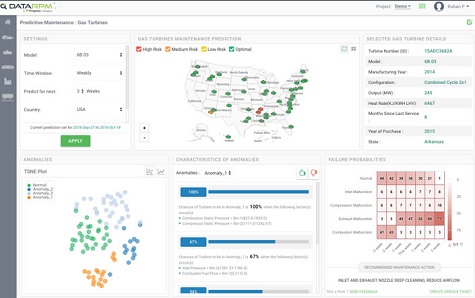 At this juncture, it’s become obvious that just about every enterprise application is about to be infused with some form of cognitive computing enabled by machine and deep learning algorithms. The issue many developers will have to wrestle with is to what degree they want to harness those algorithms themselves versus having them exposed in an application development platform. History would suggest that the path of least resistance for most developers is going to be using a platform that abstracts away as much of the lower-level cognitive computing complexity as possible.