PanTerra Combines File Sharing and UC Services in the Cloud

One of the more annoying aspects of anything to do with the cloud is the number of individual services that have to be contracted in order to create something that resembles a workflow within an organization. Each of the services may seem relatively inexpensive, but when you add them all up along with the cost of integrating them, the cost of cloud computing starts to rise considerably.

The good news is that we’re starting to see a shift toward the consolidation of cloud services. Case in point is PanTerra Networks, which today launched a SmartBox cloud service that combines file sharing with a unified communications service delivered via the cloud.

PanTerra Networks CEO Artie Chang says that via SmartBox, organizations can now combine file sharing and unified communications to deliver a more holistic approach to managing workflow across the organization that allows users to share, communicate and collaborate within the same cloud service.

SmartBox comes in three flavors. A free version allows users to try out the service for 14 days. The basic SmartBox service is priced at $15 per user, per month. A more expensive version that gives organizations greater administrative control over the SmartBox service is also available. 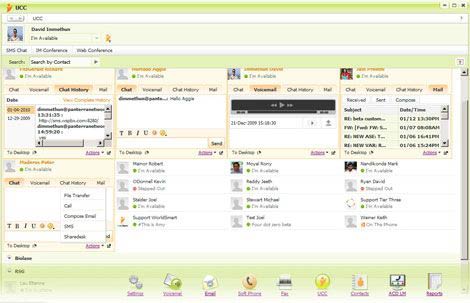 PanTerra Networks has been delivering unified communications as a service for several years now. SmartBox adds a file sharing service that Chang says is the next logical extension of the service. To better differentiate those services, Chang says PanTerra Networks makes sure that every user accessing the service goes through a two-phase authentication process to verify their identity.

The cloud offers a plethora of file sharing services these days. But at the end of the day, file sharing within any organization is just a means to an end via a business process. As such, IT organizations should start figuring out where they should apply file sharing first and best. Otherwise, when left to their own devices, end users will take it upon themselves to solve the problem without giving much thought to what it might mean to the IT organization.