An effort to apply blockchain technologies to create a network overlay that makes it possible to programmatically control how individual packets travel across an Ethernet-based network was advanced today with the launch of a Developer Test Network from Marconi.

Peter Lai, operations lead for Marconi, says the Developer Test Network provides developers with a sandbox where they can develop applications on top of a network overlay based on the Marconi Protocol. The protocol was born out of frustration when it proved too challenging to manage network traffic in web-scale environments when Jong Kim, chief architect for Marconi, worked for Google, says Lai.

The overlay developed by Marconi is designed to be deployed on top of traditional X86 servers versus Ethernet switches based on proprietary ASICs in much the same manner network virtualization overlays such as VMware NSX are deployed, says Lai.

The blockchain technologies incorporated in the Marconi network overlay, however, provide an additional layer of security that also serves to provide a more robust form of encryption on top of either SSL or TLS connections.

Use cases for the Marconi Protocol potentially span everything from connecting multiple clouds across one logical network overlay to network microsegmentation and load balancing within a data center. 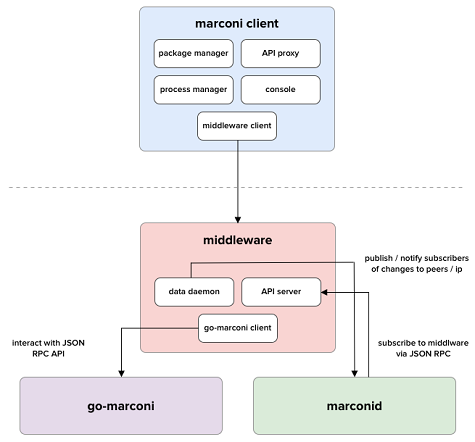 Less clear going forward is to what degree developers will want to take control over networking in the age of the cloud. As networks become more programmable, it’s becoming increasingly feasible for developers to programmatically manage both applications and the underlying IT infrastructure they depend on. Of course, just because something can be done doesn’t always mean it should or will be. But in the age of DevOps, developers are already making it clear they expect to be able to invoke any number of application programming interfaces (APIs) to service their own needs.