The 5 Biggest Impacts of the Low-Code App Revolution

In a move intended to make it simpler for organizations of all sizes to generate machine learning algorithms, IBM today announced that its general-purpose machine learning compiler and optimization platform has been accepted as an Apache open source project.

To address that issue, IBM is investing in training more data scientists and making tools available for free that will increase the productivity of those data scientists. Thomas says IBM even envisions a day when sophisticated end users will be able to generate their own machine learning algorithms.

In the meantime, Thomas says the IT industry itself is on the cusp of an application Renaissance that will transform the way just about every application functions. Infused with machine learning algorithms, those applications will eventually automate processes at levels of scale never imagined, according to Thomas. 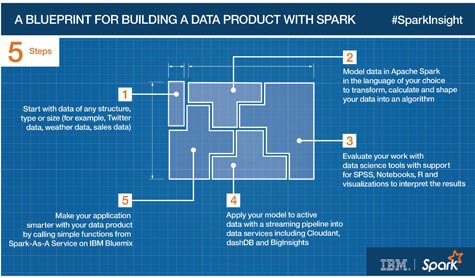 To facilitate that transition, IBM envisions organizations making use of Apache SystemML as a complement to the MLlib library of open source machine learning algorithms that are already available on Github. The majority of those algorithms, adds Thomas, are expected to be deployed on top of the Apache Spark in-memory computing platform which, he notes, is emerging as the equivalent of a write once, run anywhere environment for machine learning algorithms that IBM has made a fundamental part of its enterprise IT strategy.

Of course, it remains to be seen just how long it will take for machine learning algorithms to proliferate across the entire spectrum of personal and enterprise applications in use today. But the one thing that is for certain is that by the end of this decade, the application experience that people have today will be remembered as archaic.

Previous article8 Important People to Connect with During a Major IT Incident
Next articlePhishing 101: Beware and Prepare this Holiday Season