After recognizing the inevitability that Big Data open repositories will become the standard mechanisms for storing IT management data, ExtraHop Networks today announced Open Data Stream offerings for both MongoDB and Elasticsearch.

Erik Giesa, senior vice president of marketing and business development for ExtraHop, says that instead of storing IT data in a proprietary database, the time has come to leverage open database formats that will make it simpler for IT organizations to compare and contrast data regardless of the class of IT management tool used to generate it.

Via a common data format, data repositories such as MongoDB and Elasticsearch will allow IT organizations to compare data generated by database management tools alongside data generated by network management tools in order to identify patterns and trends that previously were not as accessible. In addition, Giesa says that in the future, these data repositories will make it easier to compare IT events to the actual impact on customers by, for example, explicitly defining the relationship between website performance and actual customer sales. 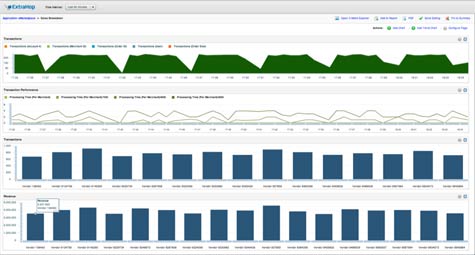 Giesa says that with this announcement, ExtraHop Networks, which collects network management data at wire speeds, is inviting the rest of the IT management industry to participate in an open IT analytics architecture that is inevitable. IT organizations of all sizes have discovered that they can pour data into Big Data repositories where all the raw data they collect from their systems can be more easily analyzed. Rather than continuing to promulgate proprietary formats that create silos of IT data, Giesa says the time has come to employ Big Data to improve IT operations.

By making the data they collect more accessible and easily shared either using Big Data repositories or some other common container format, IT organizations will eliminate the silos of IT management that do more to serve the interest of IT vendors than the IT organizations. The degree to which IT management vendors comply with that inevitability will vary. But the one thing that is for certain is that it’s only a matter of time before IT organizations start switching out proprietary management tools in favor of ones that inherently provide more business and IT value.