Data Visualization: The Next Frontier for Big Data

Data can really be anything, including images, geolocation figures, texts, numbers or some combination thereof.

Thanks to the Internet of Things, more of that data is actually describing a physical thing. For us sci-fi geeks, that inevitably raises the question: Can data create a virtual world to actually interact with these things?

InfoWorld reports that Space-Time Insight is exploring this idea with a pilot data project. It’s using virtual reality headsets such as the Oculus Rift as a way to interact with the data.

The company’s data has a unique physicality to it, since it’s a B2B partner for power, oil and gas, logistics and related industries. For instance, in the power industry, the company collects data about transformers. Space-Time Insight’s solution allows you to see a 3D model of a transformer, as well as any warning signals about what’s wrong. Users could even bypass another application, acting from the 3D space or calling in a work team, InfoWorld reports.

Besides the 3D headset, what makes this possible is a Big Data background — Hadoop, HANA or Greenplum, for example — acting as a data source. I’ve written a lot about what we might call the “back-end and middle” of data — the data quality work, data governance, data integration, processing and the analytics tools. It also requires a lot of back-end data integration, since geolocation, spatial data, video and images may all come into play.

But Big Data is also changing the “front office” side of data, i.e., the way we can visualize the data.

Right now, the pilot is restricted to asset-based industries, which makes sense to Space-Time Insight’s Steve Ehrlich. He told InfoWorld that it’s hard to imagine how 3D data would be useful in more abstract industries, such as financial services.

So we’re not quite ready to install holodecks next to the server room, it seems. But it’s also clear that bar graphs aren’t going to cut it anymore when you’re dealing with Big Data’s complexities. 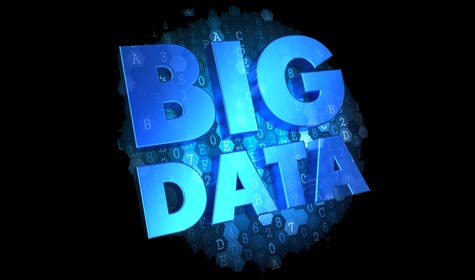 It’s especially difficult to achieve that with unstructured data, though. Hausman helps jump-start the process by describing five visualizations and when to use them. She even lists five vendors that provide tools for unstructured data visualizations. A more complete list is also available for free viewing on the site.